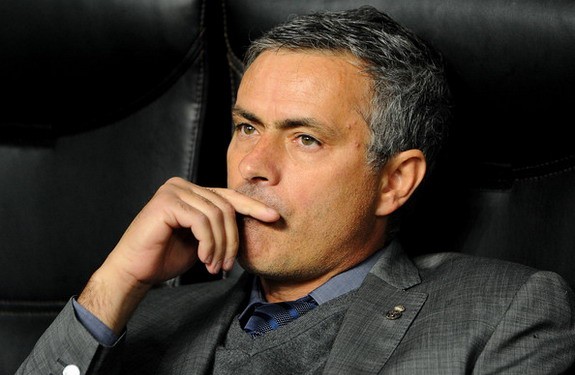 Chelsea manager Jose Mourinho feels that UEFA’s Financial Fair Play rules is contradictory in nature, as a result of which, not all clubs are reaping its full benefit.

According to FFP rules, all European clubs cannot buy players more than their total income in a financial year. With so many big European clubs being saddled with debts, and face administration, Financial Fair Play attempts to reduce the financial risk, though it has its own loop-holes as well.

Mourinho however feels that FFP rules only safe-guard the interests of big, old and traditional football clubs.

The Portuguese feels that traditional clubs enjoy a strong financial structure because of their historical success for years. A relatively new club without proper investment cannot even aspire to reach that level.

In an Exclusive interview to Yahoo Eurosport, Mourinho said:

“And the ‘new’ clubs – I call them ‘new’ clubs, those with new investment – they cannot put themselves quickly at the same level. Clubs with new owners cannot immediately attack the control and the domination of these big clubs.

“Chelsea is not an old, historical, huge club – but it’s also not a club with a new owner. It’s a club with the same owner for more than 10 years. A club with a very important history, with great stability too. And at this moment I think we are just below them. I can say we are a very good club with the ambition to be a great club.”

Chelsea and Manchester City are the two Premier League clubs whose finances are closely monitored by UEFA. While Chelsea have countered the problem with an outstanding transfer policy, City’s naming rights of Etihad Stadium has often come under scrutiny from the European governing bodies.

Although Chelsea have a sugar-daddy owner in place, the FFP restrictions prevent them from spending big, rather they have had to use the money sensibly to balance the books. On the other hand, clubs like Real Madrid and Manchester United (despite being out of Champions League) could make record breaking transfers by signing top quality players like Gareth Bale, James Rodriguez or Angel di Maria.

Chelsea have spent around £93m in summer on top players like Cesc Fabregas and Diego Costa but they have recouped most of the money through the sales of David Luiz and Romelu Lukaku.