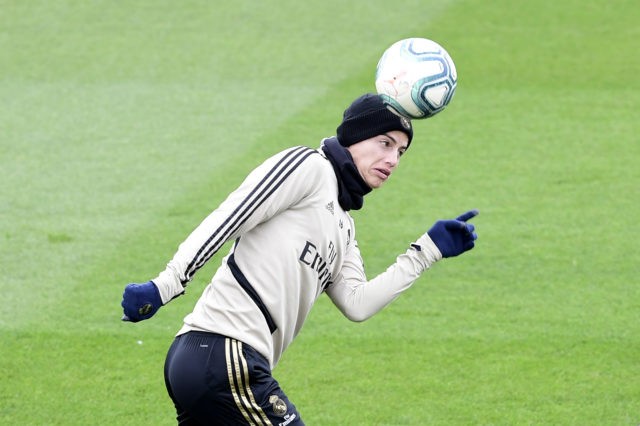 Everton have been heavily linked with a move for James Rodriguez this summer.

The Toffees could face competition from Premier League rivals Arsenal and Wolverhampton Wanderers.

According to reports from AS, Real Madrid are looking to offload at least six players this season. Rodriguez is one of six players alongside Gareth Bale, Lucas Vasquez, Nacho, Alvaro Odriozola and Mariano Diaz.

The report claims that Jorge Mendes is now “listening to offers” for the Colombian.

Spanish newspaper Marca reported earlier this month that Everton are looking to bolster their squad with some elite-level talents, and Ancelotti wants to sign both Rodriguez and Bale.

Last week, transfer expert Nico Schira tweeted that Everton are leading the race to sign Rodriguez from Real Madrid. The Toffees are ‘in a bid to sign’ the £50-million rated Colombian international this summer.

Rodriguez has dropped down the pecking order at Real Madrid and he is not in Zinedine Zidane’s first-team plans. He has played just seven league games this season.

The Colombian worked with Everton boss Carlo Ancelotti at Real and Bayern Munich. In fact, he played his best football under the Italian, and now reuniting at Everton seems feasible.

Mendes is now listening to offers for the 28-year-old and it remains to be seen whether Everton can lure him to Goodison Park this summer.