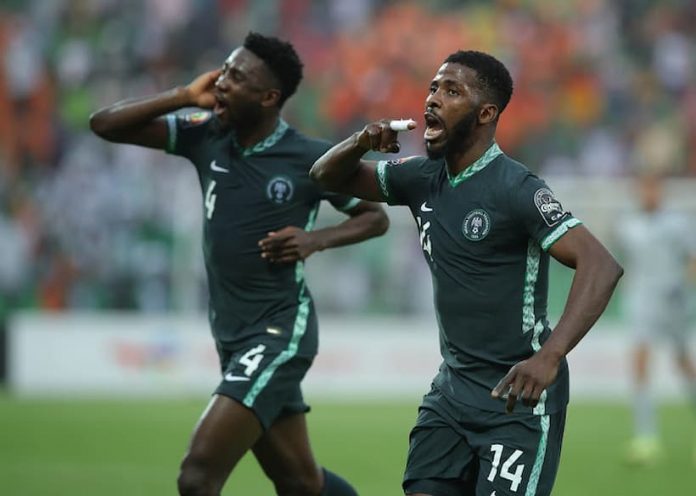 African football expert Johnathan McKinstry believes that Nigeria have the potential to go all the way in AFCON 2021 and win the prestigious trophy.

The Super Eagles have been brilliant so far in the tournament, winning all three of their Group D matches.

They faced tough opponents in Mohamed Salah’s Egypt in their opening game at Roumdé Adjia Stadium. However, Augustine Eguavoen’s side managed to overcome the Pharaohs with Kelechi Iheanacho scoring to help them secure a 1-0 victory.

Nigeria then eased past Sudan last weekend, with three of their players earning their names on the scoresheet to claim a 3-1 win.

While their final group game against Guinea-Bissau also proved to be an easy encounter as they grabbed a 2-0 victory.

The Super Eagles are now set to face Tunisia, who lost two of their group matches, in the knockouts at the Roumdé Adjia Stadium.

Johnathan McKinstry boasts a lot of experience in African football, with the Northern Irish expert having managed Sierra Leone, Rwanda and Uganda in the past.

He told Mirror Football: “Nigeria have the second youngest team in the tournament and have started so strongly.

“Traditionally, the teams who start tournaments very well do not go on to lift the trophy – they can burn themselves out by the time they get into the knockouts.

“Tournament winners tend to be slow starters, but Nigeria certainly have the potential to keep their momentum going.

“Their coach Augustine Eguavoen is only in place on an interim basis but they have a deal in place with Jose Peseiro to take over after the tournament, so it would quite a story if Eguavoen won it for his nation!”

Nigeria have one of the best squads in the Africa Cup of Nations. Their star players include the likes of Wilfred Ndidi, Kelechi Iheanacho and Alex Iwobi.

The Super Eagles have already won four AFCON titles, with their most recent success coming in 2013 when they defeated Burkina Faso in the final.

Considering their squad quality, they have the capability to add another title.