Chelsea secured a 3-2 win over Crystal Palace yesterday, boosting their chances of finishing in the top-four as a result.

The victory saw them go third in the table after Arsenal held Leicester City to a draw later in the day, and while Frank Lampard’s men weren’t particularly defensively solid at the back, Kurt Zouma’s last-ditch tackle on Palace striker Christian Benteke in the closing seconds of the game proved more than crucial.

The Blues went 2-nil up in the opening 27 minutes through Olivier Giroud and Christian Pulisic, but Wilfried Zaha soon halved the deficit following a fine effort from distance.

Chelsea restored their two-goal advantage through Tammy Abraham 26 minutes into the second-half but the hosts immediately hit back and got another goal through Benteke.

Palace came close to getting the equalizer and earning themselves a point, but Scott Dann’s back-post header could only strike the inside of the post before Chelsea cleared their lines.

Zaha’s defence-splitting pass found its way to Benteke, leaving the Belgian through on goal, but Zouma had other plans, and his tackle potentially earned the visitors all three points.

Former Chelsea centre-back John Terry was proud of it, and the Aston Villa assistant manager took to Instagram to react thus to it: 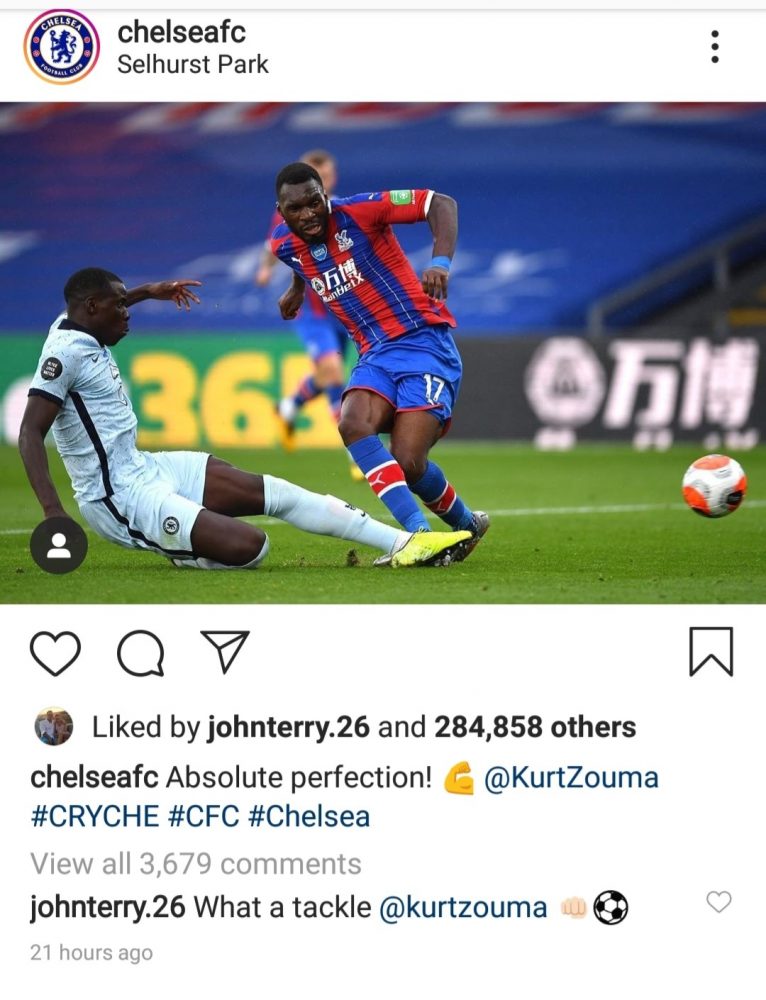