Jose Mourinho confirmed yesterday that club captain John Terry will be offered a one year extension on his current deal. With speculations that the club legend could follow in the footsteps of Frank Lampard, and leave this summer, the Londoners have moved swiftly to end all uncertainties surrounding their club captain.

‘That is what the club wants, that’s what John wants and that is going to happen’.

The news will come as welcome boost for all Blues across the globe who were seemingly disappointed with the departure of Frank Lampard, who has been producing goods for title rivals Manchester City now. 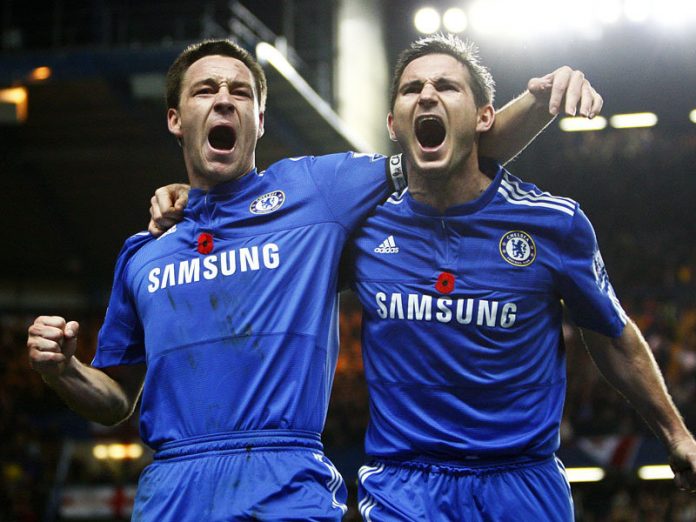 Further, here are a few reasons why John Terry’s extension is a necessity for Chelsea.

Best defender at the club

Regardless of the likes of Cahill, Ivanovic, Zouma, Luis, Azpilicueta and several other defensive talents in the Chelsea ranks, John Terry remains the best defender at the club. The English centre back has been a rock at the back for the London giants since he broke into the first team and has been the best defender at Stamford Bridge for over a decade.

Presence on and off the pitch

John Terry’s contribution to Chelsea can’t be measured just on the pitch. The defender has a calming influence around the club and is close to the fans as well. Ranging from regular fan meetings to attending several important club events, John Terry has been the face of Chelsea off the pitch as well.

Further, following the departure of Frank Lampard, Chelsea are in desperate need of leaders in the dressing room, and nobody is a better candidate than the man who has arguably been one of the best captains of his generation.

Apart from being an exceptional footballer himself, John Terry has been a mentor for several young footballers at Chelsea. Him staying would only benefit the immensely talented defenders like Kurt Zouma who will be learning from the very best.

And finally, John Terry is an out and out Blue, who is expected to continue at the club in some capacity once he hangs up his boots. Chelsea are one of the fastest growing clubs in the world and having someone of Terry’s stature around will only aid their development.