John Terry: Blue at Heart, but should he reject Galatasaray? 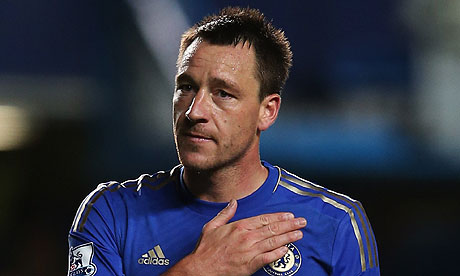 Having come through the ranks at Chelsea from the tender age of 14, John Terry is one of the greatest productions of the Blues’ youth setup. He has led the club through the glory years of the Abramovich era, is the most successful Chelsea captain to date, and will remain a true club legend long after his retirement.

But if reports are to believed, Terry may be faced with one of his most important decisions of his life; whether or not to reject the overtures of Turkish champions, Galatasaray. 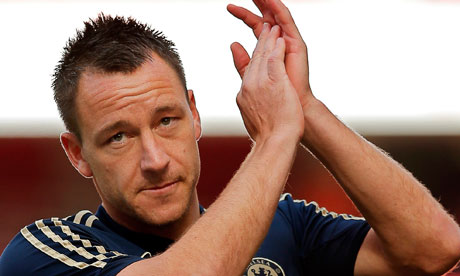 Three or four years ago, this would barely be considered by the centre-back; but now, at the age of 32, and with a host of younger names linked to the clubs, the question may be one that demands more than just a cursory glance.

Terry is currently in the last year of his £8m per year deal at Stamford Bridge.

According to the Daily Mail, Roberto Mancini’s Galatasaray are prepared to offer the former England captain a two year contract worth £3.2m a season, with the option of a third. With incentives and bonuses, the offer on the table from the Turks is thought to come close to Terry’s deal at Chelsea.

Despite the economic value proposed here, surely the most poignant aspect of the supposed deal is the length.

Roman Abramovich’s well-known policy for offering only one year contracts to players over 30 is one that has brought about much strain on the top players at the club. The ‘Frank Lampard debacle’ of last season is a key precedent to the position of the owner, regardless of service to the club.

The potential for three more years in the Champions League will be the most appetizing for Terry. As a big game player, he is one who is used to playing in the grandest of stages; and judging by his performances this year, he does not look like giving that up.

Terry has been exceptional this season so far, starting every one of Chelsea’s Premier League ties, and has already played more minutes than the whole of last season under Rafa Benitez. While the much maligned Spaniard may have enjoyed some success at Stamford Bridge, he marginalised the Chelsea captain in the process.

However, back under his old mentor, Jose Mourinho, Terry has cemented his place back in the Blues’ starting eleven, and looks every bit the superman he was five years ago. A commanding presence in the air, and a proud lion at the back; he is once more a crucial part of the Chelsea spine.

A former mainstay of that Chelsea core was Didier Drogba, now plying his trade at Galatasaray, and has so far thrived in his new surroundings.

Not only has Drogba proven such a step can be taken by a Chelsea legend, but as a strong friend of Terry’s, he would surely be the first on the phone to his former teammate, pushing him to take the plunge. 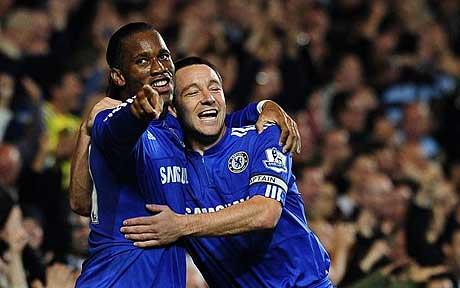 But in the months leading up to Drogba’s Chelsea exit in 2012, Terry was one of the most vociferous in calling for the Ivorian to extend his stay,

Terry said, “It will be such a shame if Didier leaves because he has been incredible for this club. Didier loves Chelsea and I really hope he will be back next season.”

This sentiment can not only be easily extrapolated and applied to the Chelsea skipper at this point, but surely increased two fold, such is the innate connection between him, the club, and the fans. Through all of Terry’s indiscretions, on the pitch and off it, Chelsea have stood by him; surely such an association cannot be so easily ended?

Such is the lavish history shared between club and player – from the ecstasy of that first Premier League win back in 2004/05, to the agony of his missed penalty in the 2008 Champions League final – Terry and Chelsea are inextricably connected.

One feels much will rest on whether Chelsea want to continue their footballing romance with the defender; but while Mancini, Drogba and Galatasaray may submit that the grass can be greener on the other side, they may find Terry is more than happy with Blue.