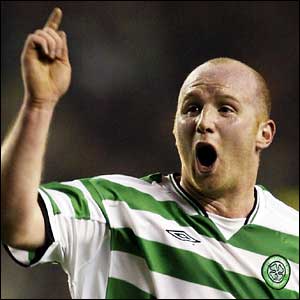 John Hartson has given his take on Twitter on Tottenham Hotspur head coach Jose Mourinho’s recent comments about Liverpool and Jurgen Klopp.

The former Arsenal striker believes that Mourinho praising Liverpool for giving manager Klopp time is a mind-game from him, an indirect message to his club Tottenham to do the same for him.

Klopp was appointed the Liverpool manager in October 2015, and it was only this season that he has guided the Reds to the Premier League title.

In his pre-match press conference ahead of this evening’s Premier League game against Sheffield United away from home at Bramall Lane, Mourinho praised Liverpool for giving Klopp time and showing patience to build a title-winning team, as quoted in The Liverpool Echo.

Former Arsenal striker Hartson believes that it could be a tactic from Mourinho asking Spurs to give him more time.

The former Celtic striker made the comments on Twitter during Tottenham’s defeat to the Blades in the Premier League this evening.

Anyone else think Mourinho saying Liverpool giving Koop time is a tactic he’s using to try and Spurs to do the same with him. Master of mind games !!

The defeat to the Blades means that Tottenham are now unlikely to finish in the top four of the Premier League table this season.

However, Spurs should not make a rash decision on Mourinho’s future and should give the Portuguese boss at least one full season.