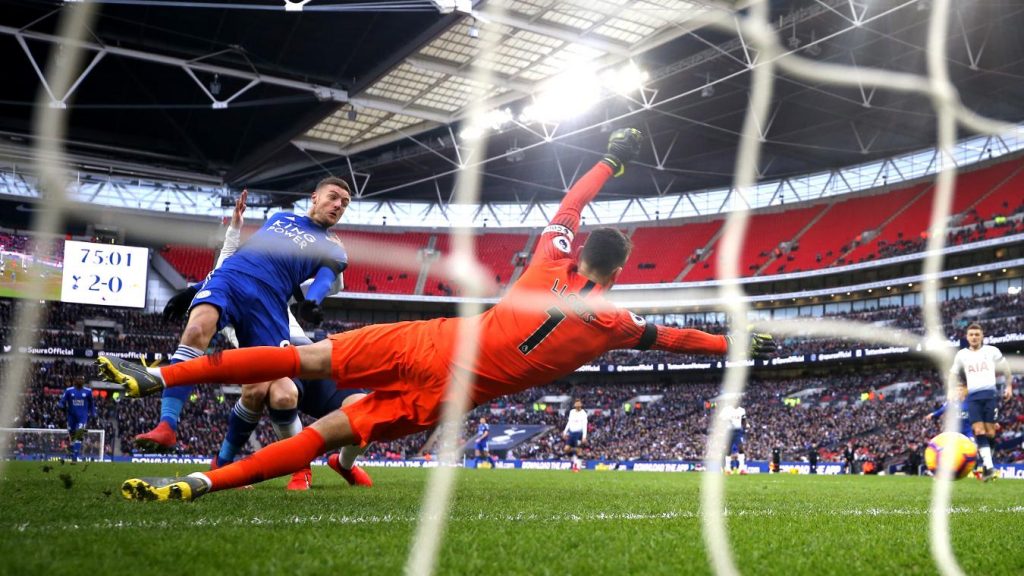 Tottenham picked up an impressive win over Leicester City on Sunday.

Goals from Christian Eriksen, Davinson Sanchez and Son scored for the home side. Jamie Vardy scored for the visitors to give them some hope, but the Londoners held on for the win.

Despite the 3-1 score line, Spurs weren’t too comfortable over the ninety minutes and they could have easily dropped points to the Foxes.

Captain Hugo Lloris put in a match winning display for Mauricio Pochettino’s side.

The £120,000-a-week French international saved a crucial penalty from Jamie Vardy after Vertonghen fouled James Maddison inside the penalty area.

Jenas heaped praise on the Spurs star and singled him out for praise.

Lloris to the rescue today for @SpursOfficial top performance by him to get another massive 3 points!

Lloris has attracted his fair share of criticism this season but he seems to have regained his form. If he manages to perform at this level until the end of the season, he could make a massive difference for Spurs.