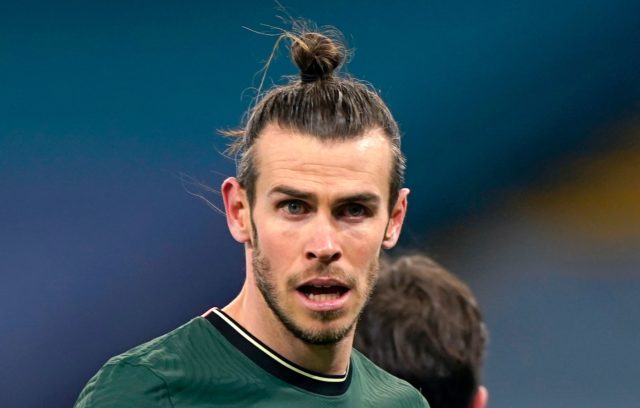 Bale’s 18-minute cameo off the bench against Manchester City caught the attention as Spurs lost 3-0 on Saturday in the Premier League.

The 31-year-old Welshman, who joined the north London club in the summer transfer window on loan from Real Madrid, has barely featured in the Premier League, although he made six starts in the Europa League campaign.

Bale made just two starts in the Premier League, while a further of five appearances have come from the bench.

One of the highlighting features of the game was Bale dribbling past three men that ended up with a shot forcing Ederson into a decent save. He looked sharp and lively on the pitch and gave the impression that he is not finished yet.

Jenas claims that clearly there is an issue between Bale and his manager Jose Mourinho. The Portuguese boss talked about Bale’s social media post ahead of the game and explained that the Welshman’s claim about training was not true.

The BBC pundit has hailed Bale as a ‘ridiculous talent’ and feels that he needs to show more hunger otherwise his “amazing career” is on the verge of ending abruptly.

“Even without knowing the full details, it is clear there is an issue between Bale and his manager Jose Mourinho after seeing what happened last week,” Jenas told BBC Sport.

“When you have a manager talking about a player’s social media posts, and explaining they are not true – in this case Mourinho responding when Bale had said on Instagram he had a good training session before missing Tottenham’s midweek FA Cup defeat by Everton – then 100% there is a problem.”

SL View – is there any chance of redemption?

Bale is a world-class talent, but Spurs fans haven’t seen anything from him as yet.

However, against City, he has shown flashes of brilliance and needs to deliver on a regular basis. Either Mourinho feels that Bale has not been doing enough in training, or Bale may not agree with Mourinho’s approach.

It has to be noted that Mourinho used Bale when Spurs were already 3-0 down, and clearly shows that he doesn’t have complete trust in him.

Bale probably needs a run of games to turn things around from here.