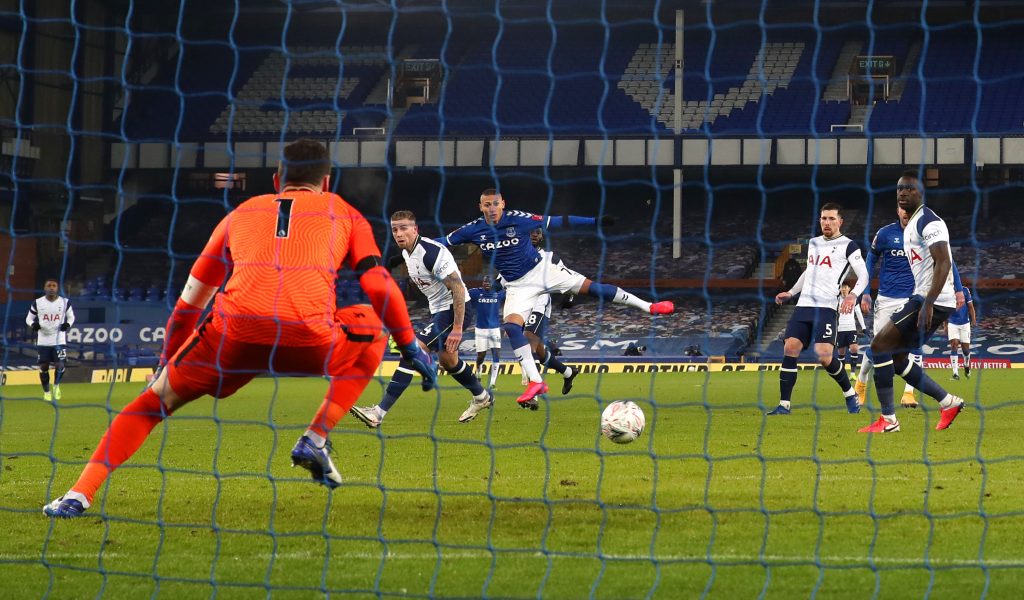 The French goalkeeper, who is on £100k-per-week wages at the club, made a poor attempt to save Dominic Calvert-Lewin’s strike that led to an equaliser.

Davinson Sanchez gave Spurs the lead inside opening three minutes. Calvert-Lewin restored parity when he smashed an effort past Lloris.

Dominic Calvert-Lewin bags his third in three games and Everton are level!

Too much power for Hugo Lloris 💥#EmiratesFACup pic.twitter.com/x02qqLjCW5

Cundy has echoed a similar sentiment, adding the senior Spurs-goalkeeper must move on this summer. He claims that Lloris is a weak link in this squad.

⛓ “He is a weak link, I really think they need an upgrade.”

😰 “Lloris does not fill the back four of Spurs with any confidence.”

Lloris is a vastly experienced goalkeeper, but Spurs should consider signing a top-class goalkeeper in the summer.

The 34-year-old is seen as one of the best shot-stoppers in the league, but he wasn’t at his best against Everton last night.

Lloris is error-prone and tends to make mistakes in crucial games. He has made several major goalkeeping gaffes throughout his Spurs career, and Spurs should seriously consider signing a top-class keeper either to challenge or replace him.

The Frenchman is one one of Tottenham’s longest-serving players. He joined from Lyon in 2012 and has made over 350 appearances in all competitions for the north London side.

Lloris has kept just eight clean sheets from 28 matches in all competitions this season, and he retains the full support of his manager.