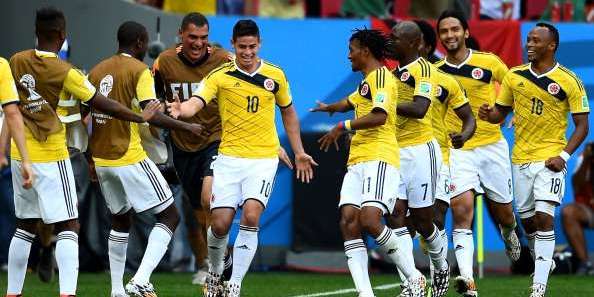 Colombia enter their final group stage match of the 2014 World Cup needing a solitary point to guarantee themselves the winner of Group C.

José Pékerman’s Colombia have been a joy to watch in their opening two matches, beating Greece 3-0 and Ivory Coast 2-1 to sit comfortably atop of their group with a game to play. They are up there with Chile as contenders for the second-best supported team in Brazil this summer too.

Japan meanwhile are on the brink of exiting their third World Cup at the group stage in the fifth tournament they have reached. Failing to beat Colombia would also be the third time that Japan have failed to win a single match in the finals. 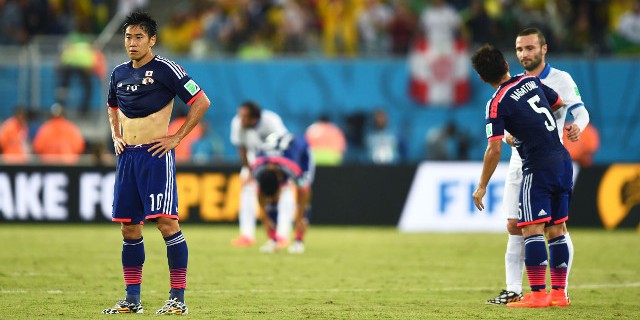 Japan need to win and then hope that either Ivory Coast draw or Greece win by a scoreline of no more than 1 better than the Asian side’s hypothetical victory over Colombia.

After taking the lead against the run of play against Ivory Coast, Alberto Zaccheroni’s Japan saw the game turned on its head in less than two minutes during the second half as they wound up losing 2-1. They then failed to beat 10-man Greece which suggests they aren’t good enough to get out of this group.

Internazionale’s Fredy Guarín has missed both of Colombia’s victories and could be in line to make an appearance here as he recovers from injury and hopes to get up to speed for the knockout rounds.

Colombia have no other injury concerns but the likes of Jackson Martinez, Juan Quintero, Santiago Arias and Alexander Mejía who have all made appearances from the bench could push for a place in the starting line-up.

Borussia Dortmund summer signing Adrián Ramos has yet to make an appearance.

Shinji Kagawa was dropped for Japan’s second group game after being careless in possession against the Ivory Coast.

The Asian side have no injury concerns and have only picked up one yellow card in the tournament.

Yuto Nagatomo vs Juan Zuñiga
Ivory Coast right-back Serge Aurier set-up their two goals with crosses from the wing against Japan. Internazionale’s Yuto Nagatomo loves to bomb forward and could get caught out by the Colombian attack if so. Admittedly, Juan Zuñiga hasn’t been the most attacking full-back in the tournament nor put many crosses into the box but the space left by the Japanese could certainly tempt him. If not, the right winger could.

Keisuke Honda vs Carlos Sánchez
Keisuke Honda is Japan’s star player and playmaker. He has scored their only goal at this tournament so far. And most good attacks for Japan involve him and his dangerous left foot. Opposite him is Carlos Sánchez who is the only Colombian running is the risk of suspension in the next round by picking up a yellow card. The Elche midfielder loves a tackle and had a few battles with Yaya Touré in the last game.

Jose Pekerman’s side have been very impressive so far, and we’re backing them to see off Japan with ease.