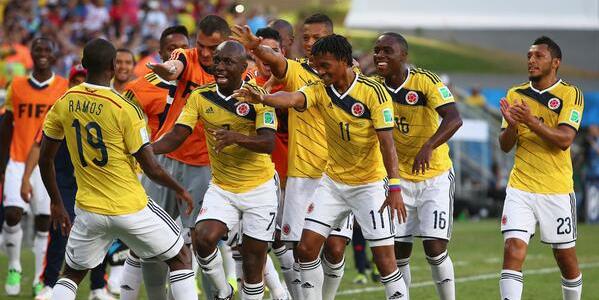 Porto striker Jackson Martinez, who has long been linked with a move to the Premier League, bagged a second half brace, with a penalty from winger Juan Cuadrado and a late James Rodriguez chip ending the meek Japan resistance, despite the sides going in level at the break.

Alberto Zaccheroni’s Japan needed a win against the South Americans, and also for Ivory Coast to see off Greece in the other Group C fixture to be able to progress to the first knockout round, but the signs were ominous, with star winger Juan Cuadrado putting Colombia ahead after just 17 minutes with what was their first shot on target. 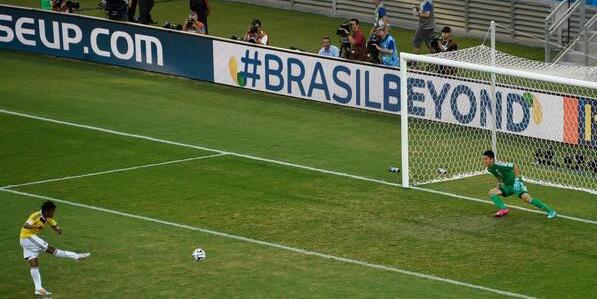 The 26-year-old Fiorentina winger slotted home from the spot following Yasuyuki Konno’s foul on Adrian Ramos, with Colombia threatening to put paid to Japan’s attempt to save their World Cup dream very early on.

But Shinji Okazaki’s header dragged his side level on the stroke of half time, with David Ospina unable to prevent Colombia from conceding only their second goal of the tournament.

It was the last goal Ospina would concede however, and he was replaced in the last five minutes by 43-year-old Faryd Mondragón, who becomes the oldest player to ever appear at a World Cup finals, breaking the legendary Roger Milla’s record. 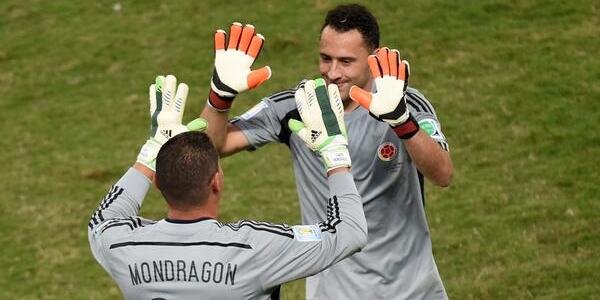 Jose Pekerman’s Colombia weren’t to be denied victory in the Arena Pantanal however, with Jackson Martinez scoring twice in just under half-an-hour, and golden boy James Rodriguez notching his third goal of the tournament with a delicous close-range chip an minute before time, condemning Japan to a group stage exit, and setting up a second round tie against Uruguay in Rio de Janeiro on Saturday.