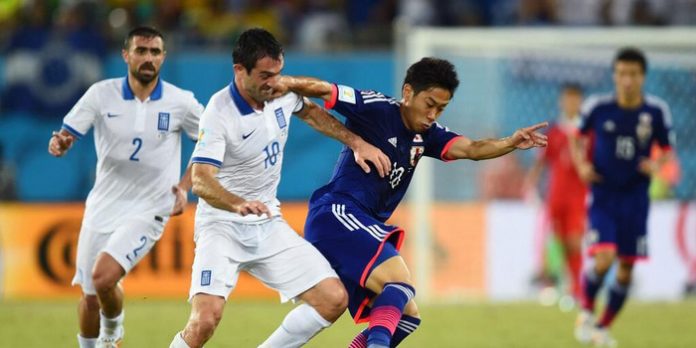 Japan failed to break down 10-man Greece in the late kickoff in Group C, but the draw keeps both sides’ hopes of a knockout round berth alive. 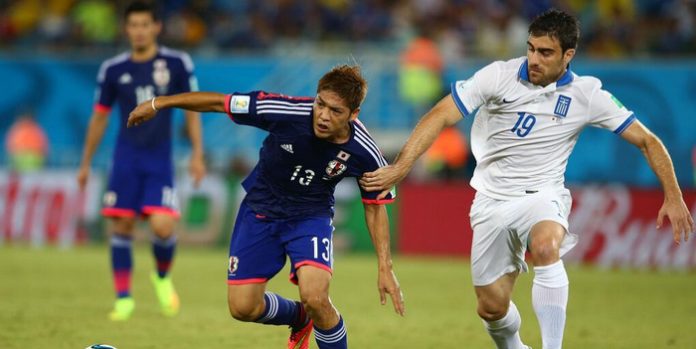 Greece were forced to play with a man down for 50 minutes, with captain Konstantinos Katsouranis dismissed after picking up two yellow cards before the break in Natal.

But try as they might, the Japanese attack could not find the crucial winning goal, failing to turn their dominance into genuine goal-scoring opportunities in the Estádio das Dunas.

Manchester United man Shinji Kagawa appeared off the bench in the second half, having been dropped for failing to impress in last week’s defeat to the Ivory Coast, and the much maligned 25-year-old could not galvanise his side into overcoming the stubborn Greeks, who will be very pleased to have come away with a point.

With the draw, Colombia are guaranteed progression to the last 16, and with Ivory Coast beaten earlier today by the South Americans, both Greece and Japan now find themselves just two points behind the African side, with the final round of games pivotal to the trio’s World Cup ambitions.