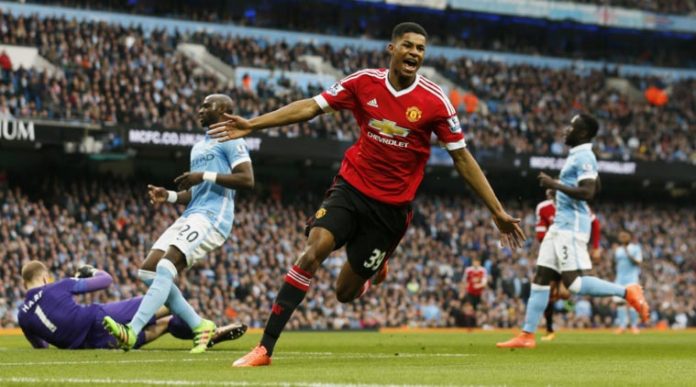 Manchester United continued their impressive run under interim manager Ole Gunnar Solskjaer with a victory over Leicester City over the weekend.

Marcus Rashford handed the Red Devils all three points with the only goal of the game, and has now scored six goals in his last eight league games.

The 21-year-old managed to score just three goals in the 17 games prior to Solskjaer’s arrival, and given his recent resurgence, Liverpool legend Jamie Carragher reckons the youngster has what it takes to win major silverware for the club going forward.

“Rashford can make himself Manchester United’s centre-forward – they don’t need to go and buy anyone else, he’s your centre-forward that can take you to a title or a Champions League,” the former defender said.

“The form he’s in at the moment if he continues that then they don’t need to go and buy anyone else in or bring [Romelu] Lukaku back, he can be that man.”

Since breaking into the United senior team under Louis Van Gaal in 2016, Rashford has established himself as a key part of the attack.

The England international suffered a sharp dip in form under erstwhile manager Jose Mourinho as he was often played out of position on the wings.

However, he’s proving to be a striking sensation all over again in the number 9 role under Solskjaer, and should he keep improving at this rate, he sure can establish himself as a top striker and fire United to Premier League and Champions League glories.