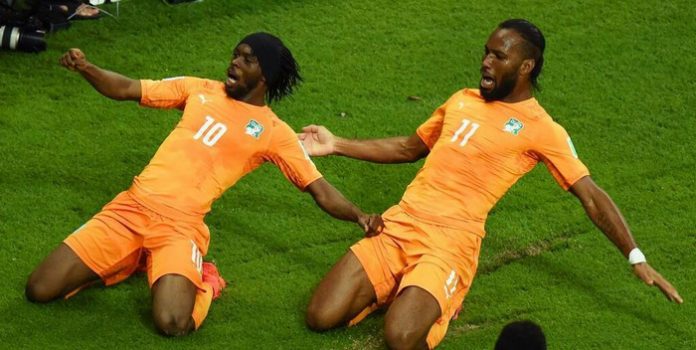 Headers from Swansea striker Wilfried Bony and former Arsenal winger Gervinho helped drag the Ivory Coast back from a goal down against Japan, and see them go level on points with Colombia at the top of Group C after an entertaining match at the Arena Pernambuco in Recife. 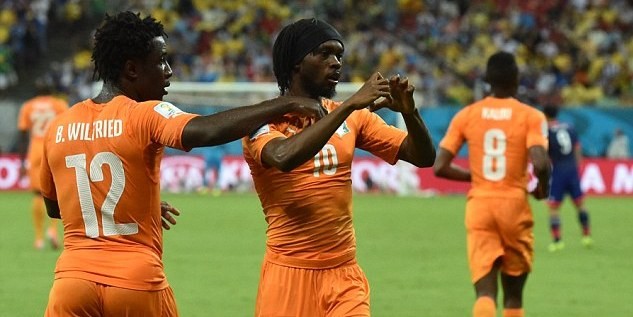 Both Bony and Gervinho started the match for the Elephants, as did star midfielder Yaya Toure, who had been a real doubt for this fixture, but he could not stop his side falling behind in the first half, with the Japanese showing inventive attacking enterprise in the opening 45.

Keisuke Honda, the AC Milan attacker, fired the Blue Samurais in front in he sixteenth minute, controlling a low ball from the left beautifully, before hammering in a rising shot from just inside the Ivory Coast box. 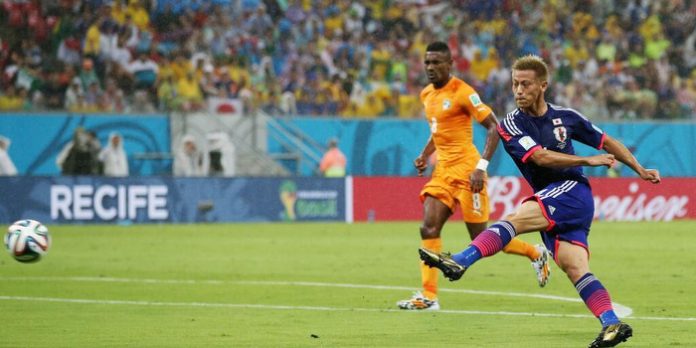 It was a delicious strike, and one that the Asian side deserved after a decent opening. The Ivory Coast have never advanced from the group stage of the World Cup, having failed at the previous two attempts, and a loss tonight would have made it very difficult for them to break that streak.

It was the introduction of former Chelsea superstar Didier Drogba that seemed to give the Africans that little bit extra drive to push on for an equaliser, which duly came courtesy of a Wilfried Bony header. 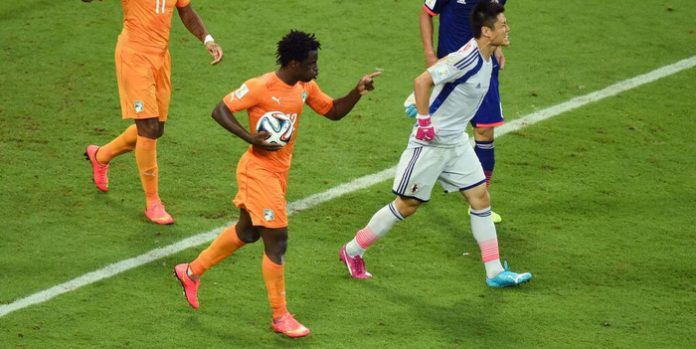 Ivorian full-back Serge Aurier delivered a sumptuous ball for Bony to net, and Arsenal fans will have sat up and notcied the rampaging 21-year-old, with the Gunners reportedly linked with a move for the Toulouse man.

It was Aurier that also delivered the cross for Gervinho to put the Ivorians in front just two minutes later, whipping in a low ball from the right, with the former Gunner directing the ball past Eiji Kawashima in the Japan goal.

It was an exciting comeback, and one that was harsh on Japan, who had arguably done enough for the draw, but the Ivorians were not in the mood for sharing, snatching up all three precious points, with next week’s match against Group C leaders Colombia shaping up to be a winner takes all affair!