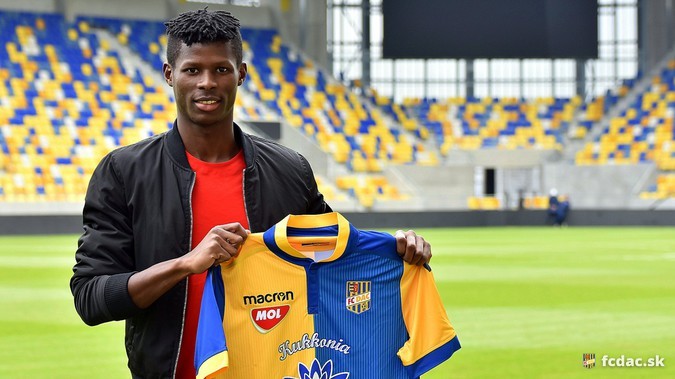 Celtic are being linked with a move for the African striker Issouf Bayo.

The 22-year-old is very highly rated in his country and the Ivory Coast manager Ibrahim Kamara has claimed that Celtic would be getting a ‘killer’ striker if they sign Bayo.

He said: “We have been following Vakoun closely in Slovakia and he fully deserves to be part of our squad. He was first called into the squad three years ago when he was playing in Tunisia and has also been a part of the Under 23s team. He’s quick, direct, has an eye for goal and has the physique to be a top player. He’s very powerful when he gets into his stride. I call him a killer in front of goal. Perhaps people here won’t know him so well because he’s been playing in other leagues and not many people know about the Slovakian league. But he has a very good record there and has got huge potential. He is also an aerial threat and if he keeps progressing can become a very good player for us.”

Brendan Rodgers’ side are in desperate need of attackers and it will be interesting to see if they manage to land Bayo this month.

The talented young forward currently plays for Slovakian club Dunajska Streda and he has scored 10 goals for them this season.

Streda are looking for a fee of around £2.7million for the prodigious young forward.

Celtic should look to pay up for the attacker if they want to do well in the second half of the season. The defending champions are in need of goals and Bayo could address that problem.

The Scottish giants have the proceeds from Dembele’s sale in the summer and therefore they should have no problems paying the asking price for Bayo.