In a group that also includes Albania, Macedonia, Israel and Liechtenstein, Italy and Spain are naturally, the frontrunners for the top two spots. Regardless, both of the teams would want to finish on top of their qualifying groups as the second place will only earn that side a tense playoff berth. Ventura and Lopetegui have the responsibility of getting their respective teams to Russia and to impress in the process, especially since each side was prematurely knocked out of the last World Cup.

Here are three key battles that could determine which team earns itself a crucial win.

Giorgio Chiellini got sent off in Italy’s win over Israel, and will consequently miss the match. As a result, Italy’s formidable defence will be a little more under pressure. Bonucci has the task of keeping in-form striker Diego Costa at bay. Costa is having a great time leading Chelsea’s attack, and has scored six goals and grabbed two assists in 7 Premier League games.

The striker is notorious for his style of play, which is often aggressive to a contentious level. 29-year-old Bonucci will have to maintain a calm head while dealing with the striker as Costa could easily lure him into being hostile. Diego Costa scored twice in Spain’s dominant display against Liechtenstein. He will, however, find it much difficult to penetrate the Italian defence led by Juventus defender Leonardo Bonucci. 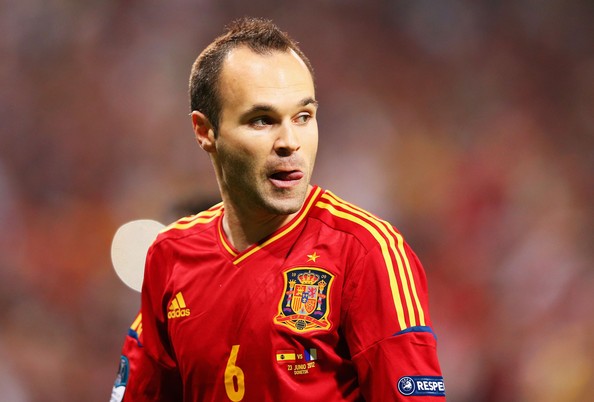 Italy manager, Giampiero Ventura, has said that Marco Verratti will only feature in one of their two matches during the international break. It makes sense to assume he will play against Spain and rest against Macedonia. In a battle for midfield superiority, Marco Verratti will look to restrict the attacking influence of Andres Iniesta.

Interestingly enough, the 23-year-old Italian has been coveted by Barcelona in the last few transfer windows. He could make the move to the Catalan club, to team up with Iniesta soon. The Italian has established himself as one of PSG’s most important players and is easily one of the hottest midfielders in Europe in the last couple of seasons.

Andres Iniesta can weave his magic in any game, as he is capable of dictating the play from the midfield, as well as thrusting forward to link up with the forwards. Verratti, who averages 3.3 tackles every 90 minutes in the league this season, will be primarily responsible for keeping the Spaniard quiet. If the PSG defensive midfielder can do the same, Italy’s task will be much easier.

32 goals and 18 assists for Lazio over three seasons earned Antonio Candreva a move to Inter Milan this summer. Candreva averages 3.7 key passes every 90 minutes for Inter this season. He also has three assists in the seven league games he has featured in. He will be a key player for Ventura against Spain. Candreva possesses a superb range of passing combined with an eye for goal.

Spain left-back Jordi Alba will need to ensure he keeps Candreva’s runs on the flank, in check. The Italian enjoys cutting inside the box and is rather good at it. He is equally adept at putting in pin-point crosses, and Gerard Pique and Sergio Ramos will have to be careful of these deliveries to Graziano Pelle and possibly Eder. Alba will also have to be careful of his forward runs. He will need to ensure he tracks back in time when he does bomb forward, as Candreva will take the slightest opportunity to punish the Spanish defence.