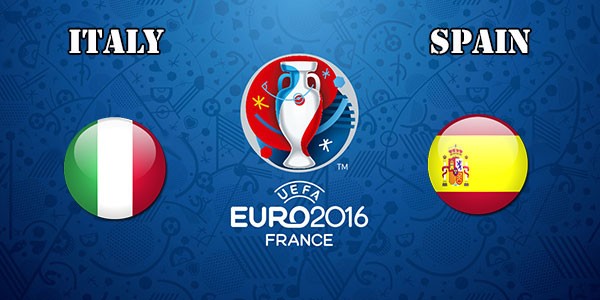 Italy will take on Spain on Monday in the last 16 of Euro 2016 at the Stade de France in Paris. Certainly the tie of the round, the match will be a repeat of the 2012 European Championships final in Kiev where Vicente Del Bosque’s side ran out 4-0 winners over the Azzurri.

A lot has changed in the last four years, with Spain enduring a dismal 2014 World Cup run which saw them eliminated in the Group Stages. Italy also crashed out at the first time of asking, with both sides out to prove themselves once again in France.

The Italians were mightily impressive in Group E, trouncing dark horses Belgium and comfortably seeing off Zlatan Ibrahimovic’s Sweden. Manager Antonio Conte put out a B-side against the Republic of Ireland in their last group game, which ended in a narrow defeat for the Azzurri; but with a full-strength side, Italy have all the attributes needed to make it through to the last eight.

Spain started their Euro 2016 campaign well, beating the Czech Republic and Turkey 1-0 and 3-0 respectively. The old Spain seemed to be back, until a dramatic 2-1 loss to Croatia deprived them of top spot in Group D, setting up a mouthwatering clash with Italy in the first knockout round.

There will be important battles all across the pitch with both nations boasting star-studded lineups, with the winning of individual duels to be crucial to both sides’ chances of progressing to the quarter finals of Euro 2016:

Del Bosque decided against the cumbersome Diego Costa for his Euro 2016 squad, instead calling upon Real Madrid striker Alvaro Morata. The 23-year-old was bought back by the Spanish giants during the tournament from Italian champions Juventus after a mightily impressive season in Turin.

Morata is quick, strong and always eager to take a shot. He is currently joint top scorer in the competition with three goals along with Antoine Griezmann and Gareth Bale; but he will come up against his now former Juve teammate Giorgio Chiellini, one of the very best defenders in the game.

Chiellini makes up part of Conte’s back three for Italy, with the 31-year-old a brilliant all-rounder with a keen ability to read the game and make crucial interceptions. 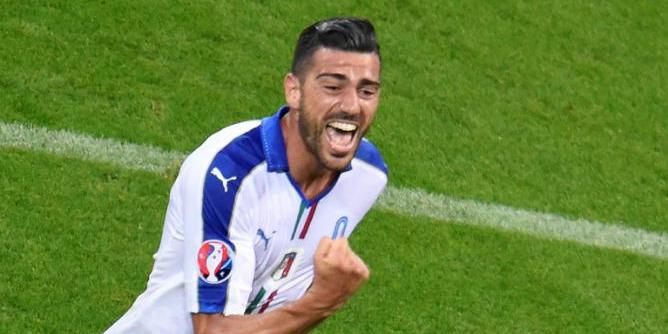 Southampton striker Pelle is another to have had a decent start to the Euros. The 30-year-old put in a man-of-the-match performance in the win against Belgium, scoring the second goal, and also played in the win over Sweden.

Pique has also been crucial to his nation in the tournament. The Barca man scored the winning goal against the Czech Republic and has been a mainstay at the back for Spain throughout the competition.

Considering Pique’s penchant for roaming forward, Pelle will look to exploit any space he may leave behind, holding up the ball and bringing the midfielders into the attack. His aerial prowess will also be a huge asset to manager Conte, with Spain traditionally favouring to play ball to feet.

Chelsea midfielder Fabregas endured a difficult season last year, with the Blues slipping to a tenth-placed finish the year after being crowned Premier League champions. The 29-year-old struggled to hit his stride, but fortunately for Spain, the creative midfielder seems to have worked out the kinks in time for the Euros.

The former Arsenal captain will be a key man in the match against the Italians, with Andres Iniesta playing a slightly deeper role with Sergio Busquets steadying the ship from the back. Fabregas will be looked to to play the intricate final ball to the attacking players and keep things ticking over as Spain play their practically trademarked possession game.

Conte will deploy Daniele De Rossi once more in the middle of the park in order to disrupt the Spanish flair players. The Roma man is one of the toughest around and will look to impose himself on the game (and Fabregas) right from the off.

If Italy can stop Fabregas, they cut of Spain’s main supply line. If not, then Fabregas has plenty of space to aim for amidst what will once again be an Italian back three.