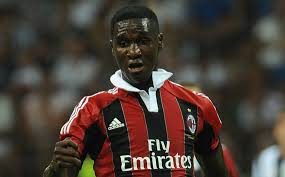 Reports from Italy have suggested that Mnachester United are looking for a possibility to sign AC Milan defender Cristian Zapata in the summer. The reliable Calciomercato Web have reported that the Red Devils are set to pursue the Colombian centre back who featured very little for the Rossoneri under manager Clarence Seedorf in the second half of the season. 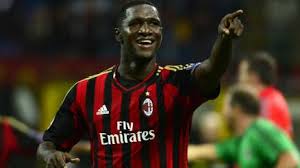 Dutch legend Louis Van Gaal will have a tough job on his hands when he takes charge at Old Trafford after the World Cup, his first objective would be to address the Red Devils’ backline. United will be without the departing Nemanja Vidic and Patrice Evra while another club legend Rio Ferdinand having already decided to hang his boots after the end of the season.

Zapata has featured in 26 appearances for Milan this season and and has fallen down the pecking order at San Siro as a first choice centre back. Canalemilan have also  reported that Milan will not hinder any possible departure of Zapata who is now third choice behind Philippe Mexes and Adil Rami at the heart of the defense for the Italian outfit.

It would be interesting to see Manchester United’s approach in the coming transfer market after it was reported that the club have failed in their pursuit of Bayern Munich midfielder Toni Kroos.

Is this the end of United’s brand image in European football with the club having to resort to second choice players in the transfer market? Earlier Borussia Dortmund’s Matts Hummels’ agent claimed that the player is happy in Germany despite interest from United.