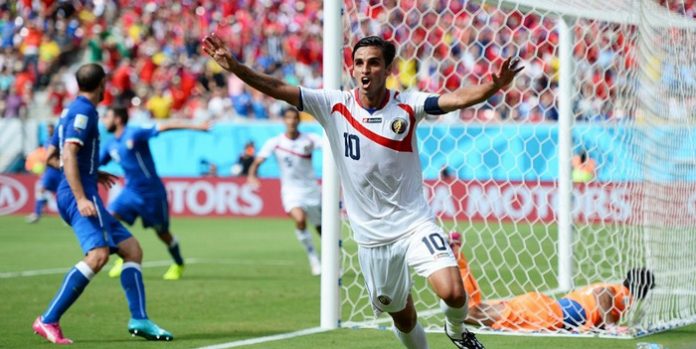 England’s World Cup journey came to a somewhat surprising end this afternoon, as minnows Costa Rica guaranteed passage to the last 16 with a hugely impressive 1-0 win over 2006 champions Italy in Group D. 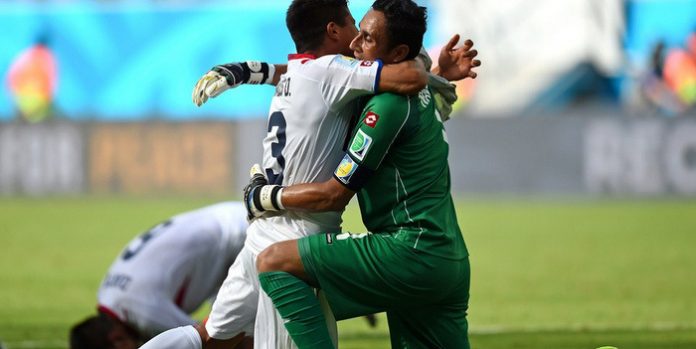 While England looked unlikely to stay in the competition after last night’s crushing 2-1 loss to Uruguay, the majority of the footballing world expected the Azzurri to grant a stay of execution, until at least next week, with an expected win over Costa Rica in Recife.

But Jorge Luis Pinto’s side had other ideas, and were able to cause a second major upset, following on from their stunning 3-1 win over the Uruguayans last week, with a Bryan Ruiz header in the first half enough to see off a desperately poor Italy side, who almost seemed resigned to their own fate long before the full time whistle had blown. 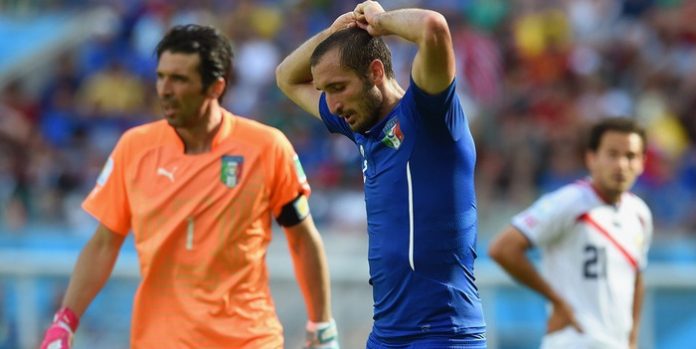 It was an uncharacteristically lackluster performance from Cesare Prandelli’s side, who had very little urgency to their play, despite being a goal down. Chances were few and far between, especially in the second half, with the hard-working Costa Ricans preserving their shock lead successfully, and with very little argument from their opponents.

The Azzurri surrended top soft with a meekness that was previously unseen from the former champions, with the likes of Andrea Pirlo and Mario Balotelli so irresistible in the 2-1 win over England last week absent, and the result could have been worse for Italy had in-form Arsenal striker Joel Campbell been awarded what looked like a clear penalty late in the first half.

The solitary goal was well executed, with the hard working Junior Diaz spun a terrific deep cross in to the onrushing Bryan Ruiz, with the Fulham striker seeing his header go in off the underside Gianluigi Buffon’s bar (with goal-line technology confirming the goal). 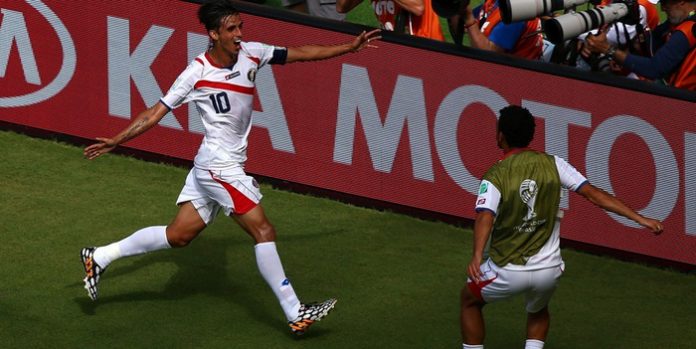 It is a result that will live long in the memory of the Costa Rican fans, and you can bet England won’t forget it in a hurry! Italy drop down to second place, with Uruguay still able to qualify if they beat the Azzurri next week.

For the first time since the 1958 World Cup, England are out at the group stage, and must endure a dead rubber game against the Costa Ricans on Tuesday, with this the very first time the Three Lions have been dumped out of the competition after just two games played.