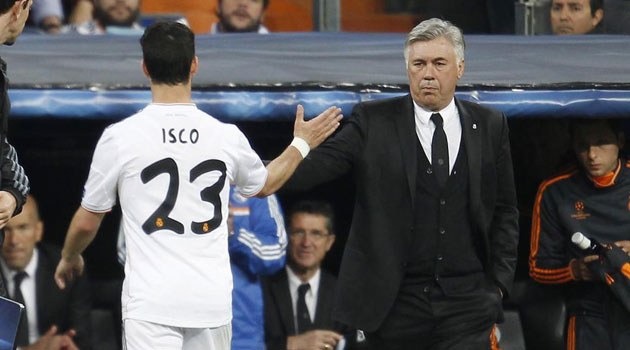 Everton vs Manchester United. Bruno Fernandes’ equalizer in the 25th minute after Bernard’s opener arrived after a fantastic string of twenty passes – one of the longest passing sequences leading to a goal this season. Brilliant team build-up or poor team-pressing, you decide.

After successive losses on the road, Everton were back in Goodison Park. And they did not deliver enough to shrug off dismal performances that occurred throughout October.

During this period, they scored 4, conceded 9 and secured a single point out of a possible dozen. A testament to the struggling form of the Toffees in the defensive half. But the attack doesn’t seem to have the same pedigree either, as it did at the start of the season – when they sat at the top of the Premier League table – much to the credit of link ups between Richarlison, James Rodriguez and Calvert-Lewin upfront.

The effect of Richarlison’s absence very much reverberated through the starting eleven against Manchester United and not for the first time in the past three matches. Thanks to a standard three-game sanction for a straight red card for his reckless tackle on Thiago Alacantara during the Merseyside Derby.

Is Isco the answer to Everton’s attacking woes?

Creative, technical, skillful and unparalleled ball control that paints a picture of a prime Iniesta, Isco is undoubtedly one of Spanish football’s most promising talents.

But the current season has seen him fall out of favor with Zidane who has played him in just five matches this season – hardly as a starter and yet to complete 90 minutes in total. He seems no longer to be a part of the Frenchman’s plans and will probably be available in January to clubs eager to secure his signature.

Everton are tipped to make move for the Andalusia-born player who is serving Real Madrid for the seventh season now. In fact, he was senor Ancelotti’s first signing as a Real Madrid manager back in 2013.

The Italian mastermind has always admired Isco’s creative qualities to open up defenses, an ability the Blues need to possess this season if they are to challenge the Premier League big guns.

Isco has constantly lacked managerial support under Zidane. One could hardly think about a better match than Ancelotti’s fatherly presence and Isco prime years. He played an astonishing 106 games under the Italian’s guidance in just two seasons from 2013 to 2015, A stint that saw the duo capture the much revered La Decima for Los Blancos in 2014.

In a recent interview prior to the United game, Ancelotti’s went on to call Isco a “fantastic player” and said: “I have fantastic memory of him”, and diverted the attention to the match day, as he similarly did prior to signing James.

Don Carlo was instrumental in luring James Rodriguez who has done more than well to adapt to the style of play in uncharted territory. What Everton gained from James’ signing is undoubtedly creative finesse, and with the Colombian’s prior history with the Spaniard, one can only wonder for now how their partnership will function.

Rivaldo, in his weekly column in Marca, wrote: “Isco is watching James and knows he’s very happy with his decision of leaving Real Madrid for a club where he had the chance to be a regular starter and finally get back to his best form. He may consider something similar if he keeps being overlooked by Zidane.”

Reports from Spain earlier this season mentioned the fact that Real were prepared to loan out Isco at the start of the new year and include an obligation/option to buy him in summer 2021 for a pre-fixed price. His sale would help Madrid finance the arrival of Kylian Mbappe.

A win-win situation for all three parties.

Isco linked to the toffees? We know James is keen pic.twitter.com/McUU1WLZ3E

It is quite a shame to witness a player of his caliber ending his Real Madrid career in this manner. But the January transfer window might just be the Merseyside calling he needed to resurrect his career, just like James.