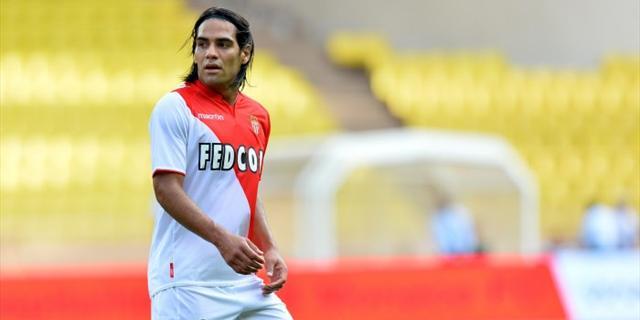 Radamel Falcao has dealt a huge blow to Chelsea’s summer transfer plans by announcing his intention to stay at Monaco for ‘years’.

The Blues have been linked with a move for the Colombian for as far back as the mind can remember, and were rumoured to be ready to pick up the chase this summer, with Jose Mourinho’s exasperation over his current batch of strikers evident.

But the 28-year-old, who is currently battling to be fit in time for this summer’s World Cup Finals in Brazil, has seemingly put paid to Chelsea’s long-standing interest, telling talkSport,

“I want to play for Monaco in the next years. My injury? It’s going well, the dream to play the World Cup is giving me strength,”

In one of the major stories of last month, Chelsea boss Jose Mourinho let slip last month to ‘Canal +’ that he considers Falcao to be in footballing limbo, sending the transfer rumour mills into overdrive,

“I don’t have Falcao but Falcao doesn’t have a club. Who wants to play in front of 3,000 supporters? If I was one day to go to Monaco it would be the end.”

The South American, who moved to the principality in a whopping £50m deal last summer, bagged nine in 17 games for his new side in Ligue 1 before his injury back in January, and is  seemingly set on adding to that tally when he returns, rather than jet off for new adventures this summer.

What do you think? Will Chelsea still make a move for Falcao? Let me know in the comments below…