Is Gary Cahill on borrowed time at Chelsea? 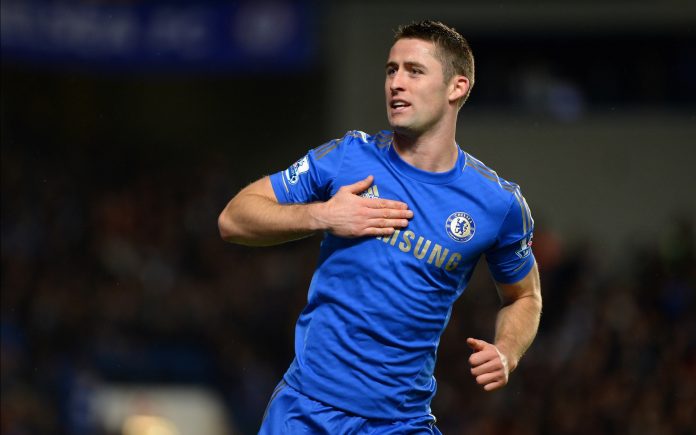 Chelsea’s dream start to the new Premier League season has faced a harsh dose of reality in the last seven days, with the Blues losing their first game of the Antonio Conte era on Friday night.

Liverpool claimed a 2-1 victory over the London outfit at Stamford Bridge and were good value for their win, meaning the hosts will need to go back to the drawing board.

Conte’s success at Juventus was based around a miserly defence, with centre-halves Giorgio Chiellini, Andrea Barzagli and Leonardo Bonucci the bedrock of the Bianconeri side.

The Italian trainer will look to build a defence in West London that can be just as formidable and watertight, but it remains to be seen what that will look like once everyone is fit and available.

Since Conte’s arrival, Chelsea have continued with four at the back, with Gary Cahill and John Terry first choice at the heart of the rearguard when fit.

The former Italy national team boss was vocal in his desire to sign an extra central defender over the course of the summer transfer window and the return of David Luiz provided this.

However, Juventus were successful playing three at the back under Conte and the tactician also adopted the 3-5-2 formation in his days with the Azzurri.

The argument to keep a back four was there when the side were winning at the start of the campaign, but with a disappointing draw at Swansea now compounded by defeat to Liverpool, Conte will be tempted to change things.

Given that Spaniards Marcos Alonso and Cesar Azpilicueta are seemingly set to be the side’s wing-backs, Branislav Ivanovic will move in-field and provide an extra option at centre-half, while Kurt Zouma should not be forgotten and is on the mend from serious injury.

There is an argument to suggest that regardless of the formation or system Conte decides upon, Cahill could well face the prospect of being demoted to the bench.

Although Terry picked up an injury against Swansea, the veteran is the club’s leader and has shown no signs of feeling his age as yet this season.

Luiz may well be maligned for his rash decisions at times, but the Brazilian looked more solid than Cahill did in the defeat to Liverpool.

It was the England international’s poor clearance that led to Jordan Henderson’s match-winning strike against Liverpool, while the former Bolton Wanderers defender showed little leadership qualities in Terry’s absence.

When everyone is fit Conte will have Terry, Luiz, Zouma, Ivanovic and Cahill to select from, so even if he does revert to three at the back, the Englishman is under real threat of missing out.

Betway have an interesting segment on Cahill’s future role at Chelsea and whether his departure from the West London club is overdue.

The Englishman was expected to be Terry’s long-term replacement but it hasn’t quite panned out like that, with every chance someone like Zouma will be the Blues leader once the current captain hangs up his boots.