The Irish have confirmed that they will host the U.S. in November 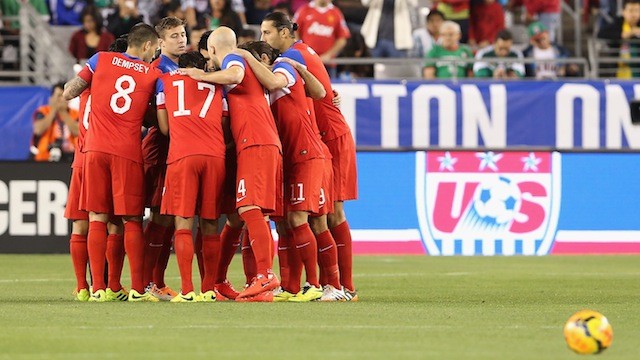 The Yanks could be heading to Dublin, Ireland on Nov. 18 for a FIFA friendly match against The Green Army.

The Football Association of Ireland released in a statement on Monday morning, that the friendly between the USMNT and the Irish that will take place on Nov. 18 at the Aviva Stadium in Dublin is set.

The rumors of this friendly taking place between these two nations first broke out in July, however, today Ireland’s FA confirmed that the friendly will be taking place. Even though at the moment United States Soccer Federation has not yet confirmed the news that came from the Emerald Isle today, but a formal announcement is expected very soon from the USSF.

Depending on the confirmation of US Soccer, this will be the first time the United States and Ireland meet since 2002, the Irish won that match 2-1 in Dublin.  This could potentially be the eighth match between the two nations, the Yanks have a 2-3-2 record as of now against The Green Army.

If the USSF confirm the friendly, then this will be the second match of four rumored games that have been confirmed. The first match the Yanks will play in since the 2014 World Cup, will be against the Czech Republic at Prague on Sept. 3.

If all four get approved, then the Irish will be the fourth nation the USMNT will face, since being eliminated by Belgium in the round of 16 in July.  The second match could be against Colombia on Sept. 9, at San Antonio, TX. The third game for the Stars and Stripes might be against Ecuador in October; however, the game against La Tricolor, does not have a date or the location of where the match will be played at yet.

However, until US Soccer announces the match, the remaining months of 2014 has only one confirmed friendly for the Yanks.