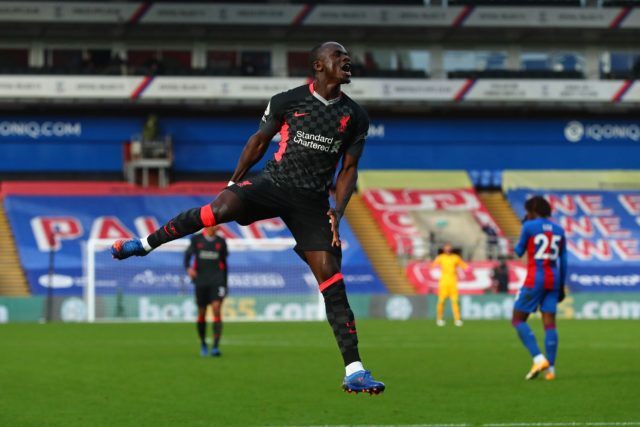 Liverpool moved to the top of the Premier League table after beating Crystal Palace 7-0 at Selhurst Park on Saturday.

Roberto Firmino and Mohamed Salah scored twice for the Reds while the likes of Takumi Minamino, Sadio Mane and Jordan Henderson were also on the scoresheet.

In the 57th minute of the match, Klopp took Mane off and replaced him with Salah. Mane was clearly not happy with the decision, and he looked upset on the bench.

Former great Arsenal striker turned popular football pundit Ian Wright has suggested that Klopp will hold talks with Mane at some point this week, and explain to him the situation.

The Liverpool squad has been ravaged with injuries this season, and Klopp is looking to protect his players, especially around the busy festive period. Wright claims that Mane is one player that the Reds cannot afford to lose.

“When you’re at that level, you don’t want to come off. You want to score goals,” said Wright.

“You don’t want to lose him [Mane]. I am sure at some stage Jurgen Klopp this week will just pull him and say this – ‘I just want to rest you, you’ll get your opportunities to score. I don’t want you to get injured. We’re 4-0 up, I want to wrap you up a bit.

Mane has scored five goals and registered two assists in the Premier League this season.

The 28-year-old forward was going through a barren scoring patch and broke the drought against Palace after nine games in all competitions.

Mane has a good scoring record against the Eagles and became only the fourth player in Premier League history to score in seven consecutive appearances against an opponent.

While the Liverpool dressing room gives the impression of a happy bunch like a close-knit family, the players are very competitive among themselves. And certainly, Klopp won’t mind that attitude.

Mane is a key player for the Reds, and Klopp will be looking to keep him fresh, fit and hungry. There is a general feeling among the pundits that Liverpool are shifting their gears, and it could spell bad news for other challengers.