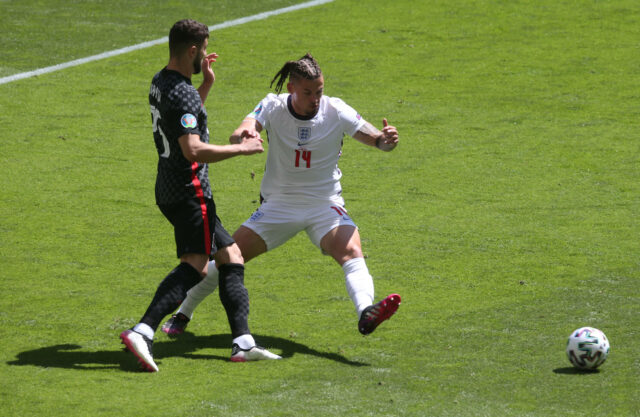 Gareth Southgate’s side controlled the game well, but there weren’t enough clear-cut chances.

Phillips was outstanding during the game. He played alongside Declan Rice in the middle of the park but was deployed more advanced position.

He tested the goalkeeper with a thunderous volley and provided the assist for Raheem Sterling. He was the standout performer for the Three Lions.

Phillips took to Twitter after the game to express his reaction:

Great way to kick off the tournament 😁 Some team! 🤩 Thank you everyone for the support 🏴󠁧󠁢󠁥󠁮󠁧󠁿 🦁 #euro2020 pic.twitter.com/8FWknlU9hd

It was a flawless performance from Phillips, who was simply unbelievable for Leeds during the 2020-21 Premier League campaign.

England got the breakthrough in the 57th minute of the game when Phillips produced a perfect pass to Sterling, who calmly slotted home.

Phillips’s display in the Euro 2020 opener is an indication that there’s more to come from him for the rest of the campaign.

Bielsa has completely transformed Phillips, and he has been a revelation in the last few years.

While he was outstanding in a holding midfield role for his club, Phillips has proved he can play in a more advanced position for England.