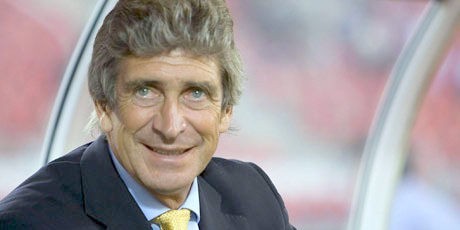 Manuel Pellegrini has only just been confirmed as Manchester City’s new manager and he’s already ruffling feathers in the new role.

If winning over neutrals was one of his main ambitions as Manchester City boss then he’s not doing a very good job because he’s made some big, bold claims over what City will win next season.

In short, he expects them to win the Premier League with the Champions League being the club’s other priority, setting himself up for a very big fall if he doesn’t make good on the promises.

“Everyone knows if you arrive at a club like Manchester City you need to win titles – I am sure we are going to win – maybe the Premier League, the Champions League. We will try to win a lot,” he told ManCityTV.

If he thinks it’s going to be as easy as his comments imply then he is greatly misguided and has been severely blinded by his spell with Malaga in La Liga.

Pellegrini is going to be seriously challenged for the title by Jose Mourinho at Chelsea and David Moyes with Manchester United.

Mourinho guarantees success wherever he goes and the expectation with the Blues next season is going to be getting back to the top of English football.

He’s also a tactician who is more than capable of taking apart any system Pellegrini puts before him in a match between Chelsea and Manchester City next season. 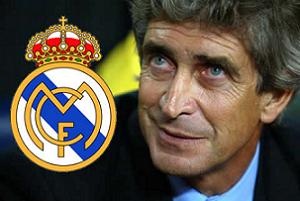 Moyes is going to have a tough job getting Manchester United to maintain recent expectations and dominance over Manchester City but it’s more than capable.

Moyes has an edge over Pellegrini in the respect that he knows English football having just moved to Old Trafford after 11 years with Everton.

He knows all the tricks in the book, has seen all of the different tactics and systems managers use to get the better of his sides and he knows how to counter those tactics in high pressure situations.

“With Malaga I reached the quarterfinal of the Champions League, with Villarreal also and the semi-final. All my experience will be very useful for me,” he added.

That European experience will be needed because City have not performed well since their wealth pushed them into the folds of the best tournament in European football.

City struggled massively in the Champions League last season and they are a target for all clubs, both high and low profile, that would like nothing more than to City confined to another season in the group stages.

Pellegrini already has fans wanting him to fail and he’s already put himself under a lot of pressure.

He’s made all of the right noises as far as City fans and club officials are concerned but if he doesn’t deliver on what he’s just said the club are capable of, he’ll be shown the same amount of loyalty and time as Roberto Mancini.

How do you think City will get on next season?