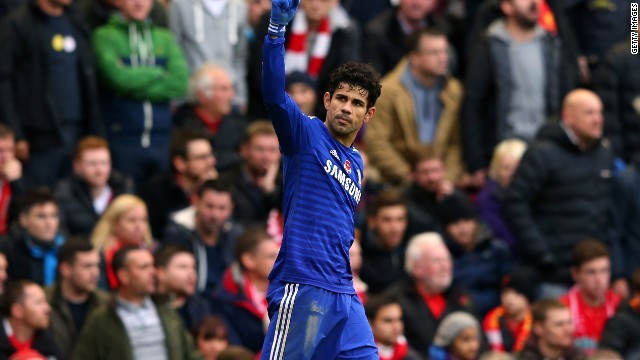 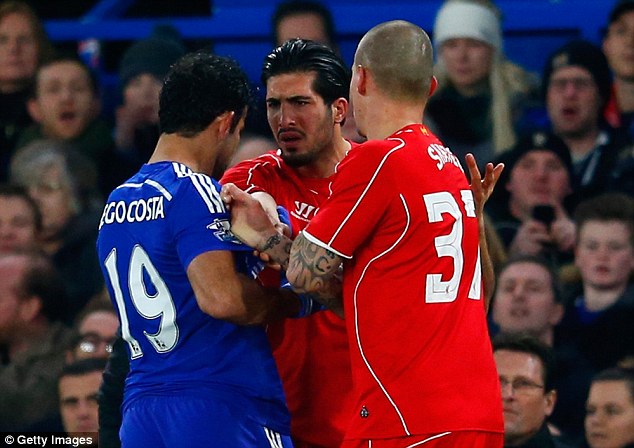 Jose Mourinho convinced Diego Costa to reject a move to Liverpool in 2013 and continue at Atletico Madrid.

The Brazil-born Spanish striker was on Brendan Rodgers’ radar as the Reds were keen on signing him to bolster their strike force. He had a £21.8m release clause in his then contract with the Spanish capital club.

Liverpool met Costa’s release clause and despite that, he continued at Atletico and went on to win the La Liga title in the 2013/14 season. After that he joined Chelsea last summer and was instrumental in his debut season for the Blues.

Costa scored 20 goals from 26 league appearances as he won the Premier League and the Capital One Cup with the west London club. In Fran Gillen’s biography of the striker, entitled ‘Diego Costa: The Art of War it is revealed the former Real Madrid manager urged him to snub a chance to join Liverpool.

“Jose Mourinho, recently returned to Chelsea, had also identified Costa as a primary target, a Didier Drogba-style centre-forward around whom he could forge a new winning machine,” it read, as quoted by the Liverpool ECHO.

“However, Mourinho had yet to persuade the owner of Chelsea, Roman Abramovich, to accelerate his rebuilding plans. In both acquiring new players and moving others on, the process would be gradual.”

“If Costa could not be signed [for Chelsea] now, a strategy was needed to ensure he was delayed, and not diverted.”

“Chelsea and Mourinho made their case to Costa and Atletico: turn down Liverpool now and we will sign you – for more money – in 12 months.”

Liverpool fans must be wondering what could have happened if Costa would have joined the Merseyside club. He would have had a formidable partnership with Luis Suarez, who joined Barcelona last summer.

In the 2013/14 season, Rodgers’ side came close to winning the title as they fell short to eventual winners Manchester City. Costa, on the other hand, is delighted with his achievements in his debut season with the Blues.