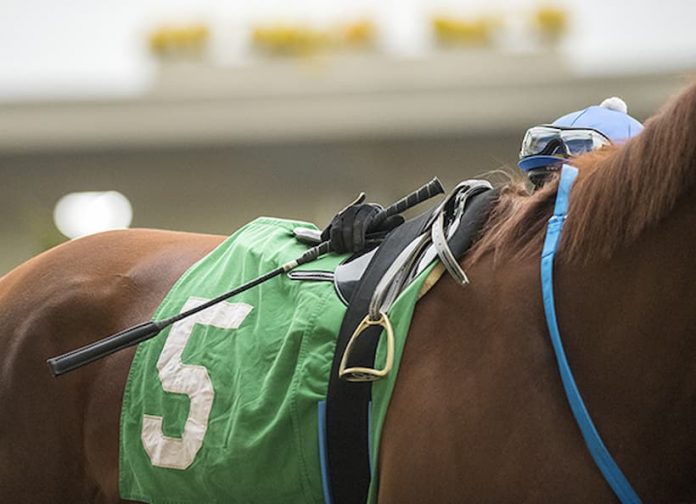 Horse racing whip rules will change this autumn, with jockeys riding in British horse races only permitted to use their whips in the backhand position (see image below), plus they will also face disqualification for whip overuse.

These new whip changes were discussed in this week’s overdue review of the current whip rules for horse racing in Britain.

The reasoning behind the move to a backhand-only style is intended to minimalise the excessive force being when jockeys need to use the whip – with a the backhand grip having a much shorter reach and grip, which will mean less force inflicted on a horse.

This whip review was first proposed in 2018 following the well documented Cheltenham Festival amount of equine deaths that year and also the high-profile whip bans over that 12 month period.

What Are The Penalties If Jockeys Break The New Whip Rules?

If a jockey uses the whip in a forehand position, and is clearly not doing this for a saftey reason, he/she will face a seven day suspension. While, even though the punishment for more repeated use of the old forehand grip hasn’t be totally nailed down, it goes without saying it’s likely to hold a hefty deterrent.

Jockeys will also face disqualification if he/she uses the whip 12 times (jumps race) or 11 times (Flat race) – these amounts are four above the allowed level of eight (jumps) and seven strikes (flat). These disqualification decisions are likely to be made on the day of the offence and by stewards at each track.

Regular offenders will also face enchanced penalties and could be staring at up to a month-long bans at a time. The intended suspension for jockeys following a disqualification is 14 days in a standard race (was 7 days) and 28 days in a major or more significant race (was nine) – a major race is deemed to be a Class 1/2 (flat/jumps), or any race with with more more prize-money than £27,500 (flat) and £20,000 (jumps).

Plus, if a jockey can be disqualified for excessive use of the whip, top horse racing betting sites may be tempted to change their ‘first past the post’ and ‘amended or double result’ payout rules.

PJ McDonald, the Professional Jockeys Association’s Flat president and a member of the whip consultation steering group, told the Racing Post: “While as jockeys we would prefer not to have seen penalties for whip offences significantly increased, we also have to accept that steps needed to be taken to prevent breaches of the whip rules.

“I am pleased the introduction of the review panel will increase consistency of officiating, and focus not only on penalties but also improving standards of riding.

“The introduction of disqualification for certain offences is a major step, but I think we all share the same hope and expectation which is that it is a rule that will rarely, if ever, need to be used as it will serve as a significant deterrent to jockeys using the whip too frequently.”

DID YOU KNOW? This year’s Grand National Winner – NOBLE YEATS – would have been disqualified based on these new whip rules.

Leading jumps jockey – Tom Scudamore told the Racing Post –  “The change to using the whip only in the backhand will be a significant one for many riders, and the revised penalties are certainly strict. However, I believe the increase in penalties will have the correct deterrent on those riding.

“When the whip is used in the backhand position the natural arc in which you use it will mean it is more frequently landing in the right place with the appropriate amount of force.

“The result will be visibly improved racing, which has not lost the important benefits of being able to properly focus a horse at the end of a race, or when jumping over obstacles, which is what the padded ProCush whip is intended to be used for.”

With these new whip changes expected to come into force in the autumn, then this gives jockey a bit of time to refine their riding styles and get used the new way of using the whip.

Many jockey have been riding for years so the whip use would now be second nature to them and having to change to ‘only’ be allowed to use the backhand style may take a bit of tweaking and getting used to for a lot of pilots.

The Main Whip Change Recommendations Include