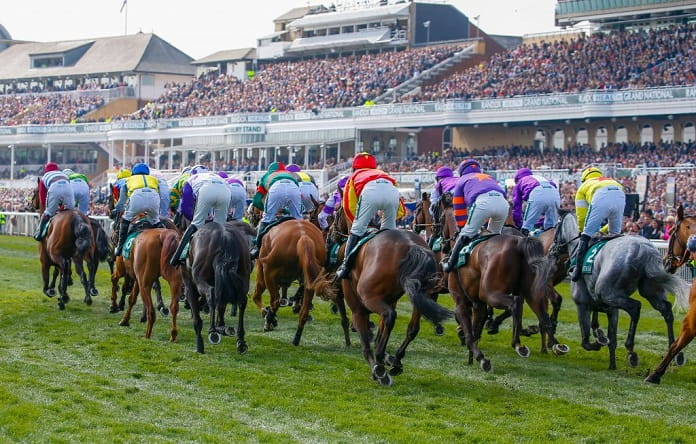 In 1997, The AA published A Day at the Races on horse racing in the UK. This wasn’t a typical edition to the series of lifestyle guides and contained plenty more than just the best hotels, B&Bs and places to eat like other entries.

Their guide to racecourses in Britain (and Ireland) is a window on the sport from 25 years ago. While plenty has remained constant over the last quarter of a century, horse racing in the UK has also seen some big changes.

Using A Day at the Races for its original purpose, SportsLens experts highlight what’s different in the annual calendar between then and now. Fans of horse racing could feel very surprised about what the fixture list looked like and where principal races were.

A weekend in February didn’t pass without some hopefuls in the Grand National betting having a prep run for the world’s most famous steeplechase. While some of these recognised trials still take place today, others aren’t in the programme now.

Aintree contenders can still run at Haydock Park races, the other Merseyside track that hosts the official Grand National Trial. The Eider Chase at Newcastle remains too. However, Grand National trials at Uttoxeter and Chepstow are no longer with us at this time of year.

Of all the All-Weather tracks for horse racing in the UK, Kempton Park races today have the highest profile. This course is home to one of only two Group events on an artificial surface in the country, the September Stakes. Back in 1997 when A Day at the Races came out, things looked quite different.

Sure, Kempton was still had the King George VI Chase, the Boxing Day highlight of the sport, yet there was a full programme of Flat turf action that no longer exists. A meeting held over Easter contained Classic trials in the Easter Stakes and Masaka Stakes.

Only the Magnolia Stakes and Roseberry Stakes, a handicap, remain from that card. When the Jubilee course was replaced with the artificial polytrack between 2005 and 2006, that was the agent of change. The Jubilee Handicap in May went, while the Heron Stakes moved to Sandown Park races and the Achilles Stakes to Haydock.

Even the September Stakes had a period away from Kempton when it was at Epsom, the home of The Derby. From that comprehensive Flat turf programme at Sunbury-on-Thames, the Sirenia Stakes is the only other black type race to remain at the course to this day.

All the talk these days is about extending the Cheltenham Festival to five days. Back when A Day at the Races came out, there was just three consecutive days to this major meeting in the Cotswolds. The Festival has grown significantly since.

While Cheltenham still has races like the Supreme Novices’ Hurdle, Arkle Challenge Trophy and Champion Hurdle on its opening day, and Ladies Day retains the Queen Mother Champion Chase as its highlight, it’s hard to fathom for younger fans that the Stayers’ Hurdle was on the final day. That’s how things were in 1997, though.

A four-day Cheltenham Festival came in for 2005. Before that, the Gold Cup took place on a Thursday alongside the Stayers, Triumph and County Hurdle races. There were just 20 events at total during the Festival until 2004. If it becomes a five-day meeting in future, then there will likely be 30 races at Cheltenham, a 50 per cent increase.

Anyone who has followed the Flat knows Royal Ascot is the premier meeting of this code of horse racing in the UK and always has been. Just like Cheltenham, though, even this has grown in size since 1997. When A Day at the Races came out, it was just the four days instead of five.

Again, some of the schedule looks familiar. The Queen Anne Stakes for older milers on the opening day, the Ascot Gold Cup on the Thursday and Hardwick Stakes on the final day. However, there are some notable differences too.

The King’s Stand Stakes, the first of two Group 1 sprints at the royal meeting, used to be on the last day instead of the first. Fans who have only known Ascot as a five-day event will find it puzzling that the Prince Of Wales’s Stakes was on the opening card when it’s now held the day after.

Stranger still, the Platinum Jubilee Stakes (formerly Diamond Jubilee and Golden Jubilee) was on Gold Cup day and run under its old title of Cork And Orrey Stakes. Royal Ascot became a five-day meeting in 2002 and extended to seven races per day from 2020.

Although only inaugurated in 2011, British Champions Day is another highlight of Ascot races today in its mid-October slot. Delving into A Day at the Races, it shows the Queen Elizabeth II Stakes run in September at the track.

The Champion Stakes, meanwhile, was held at Newmarket races on the same card as the Cesarewitch, the last big staying Heritage Handicap of the year on the Flat, and Dewhurst Stakes. Its timing in the middle of October is familiar at least.

Back in 1997, the race we know today as the Long Distance Cup was the Jockey Club Gold Cup and run during the Cambridgeshire meeting at Newmarket in early October. When British Champions Day came in, that track swapped some of its programme with Ascot in a reciprocal move.

One thing’s for sure, horse racing in the UK sure has changed quite a bit in just 25 years. We’ll have to wait and see what innovations and alterations come over the next quarter of a century!