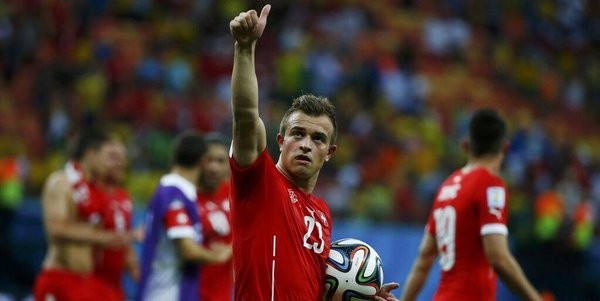 Switzerland qualified for the last 16 of the 2014 World Cup at the expense of both Ecuador and Honduras, the latter beaten comfortably on Wednesday by Ottmar Hitzfeld’s side, with reported Liverpool target Xherdan Shaqiri hitting a hat-trick. 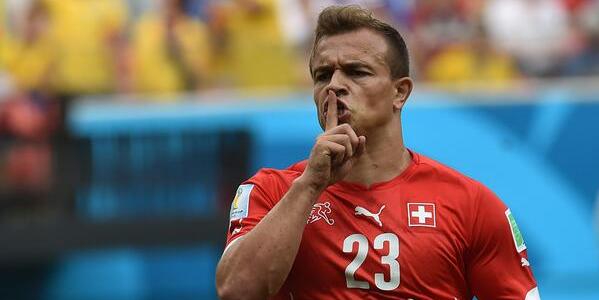 The Bayern Munich winger struck his first after just six minutes, curling a delicious shot into the top left corner to give his side the lead. It was one of the goals of the tournament so far, and one that perfectly showcased Shaqiri undoubted talent.

The 22-year-old has not been a regular starter for Bayern, and has been linked with a move to the Premier League this summer. Honduras were unable to contain the attacker, who scored his second just after the half hour mark, converting Josep Drmic’s pass to put Switzerland out of sight. 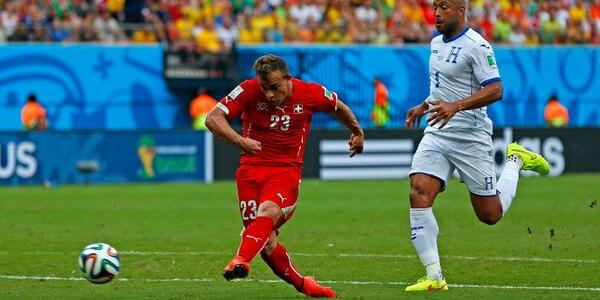 Shaqiri’s third came half way through the second half, completing the scoring and finishing off Honduras’ limp attempts to cause an upset.