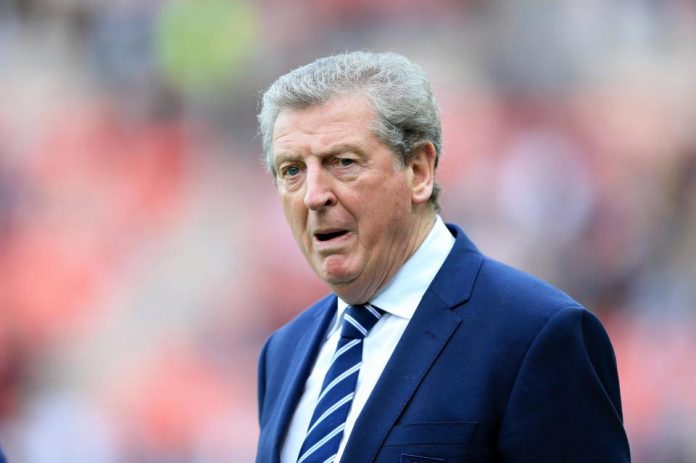 Crystal Palace suffered a 5-0 defeat at the hands of Manchester City at the Etihad stadium on Saturday.

City were 1-0 up at half-time thanks to Leroy Sane, but four second half goals, including a brace from Raheem Sterling, meant that Palace still remain winless in the Premier League.

Eagles boss Roy Hodgson, who was brought to the club as a replacement for Frank De Boer, is already under considerable pressure to deliver, but the former England manager has insisted that the club and fans alike should remain calm ahead of a ‘very long’ season.

“It’s ridiculous to sit here and talk about positives when you’ve been beaten five goals to nil. Admittedly we’re playing against a really top quality team and they certainly, when they get in the lead, are capable of showing the full register – their technical ability and the ability to take goal chances,” he said.

When asked if his tenure as manager of Crystal Palace has any parallels with his time at Fulham, Hodgson said: “It’s equal to it, without a shadow of a doubt, but the difference is that when I came in to Fulham there were 18 games to play, here – to be fair – we’ve still got 32 games to play, so a lot of things can change.

“We were relegated, funnily enough, for weeks at Fulham and when we were 2-0 down here at Man City at half time with four or five games to play we were mathematically relegated – had we lost the game. We ended up taking 12 or 11 points from the last 15, so we’ve got to bear that in mind.

“When I took this job I knew we had a lot of work to do. We knew that the training field and the work ethic were the only thing that could save us, but we have to work month after month after month.”

Palace have lost all six of their Premier League matches so far and face the daunting task of playing Manchester United at Old Trafford at the end of the month. However, Hodgson remains hopeful that the club can get its season up and running.

“Hopefully we will see some light at the end of the tunnel one day, I thought I was beginning to see a bit of light towards half time but those lights went out in the second half,” he said.