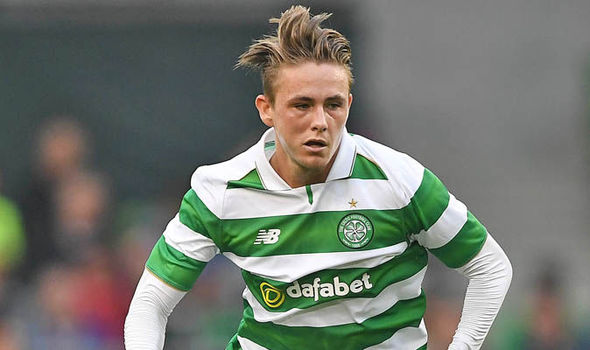 Last month Celtic midfielder Scott Allan suggested to The Scottish Sun that he wants to remain at Hibernian.

Allan spent the second half of last season on loan at Hibs from Scottish champions Celtic and he made a very good impression.

The 26-year-old established himself as a regular for Neil Lennon’s side, and the Hibs manager wants him back at the club as well.

“Scotty is obviously a Celtic player,” said Lennon, as quoted by The Scottish Sun. “So it’s great that he’d like to come back but that would be Celtic’s decision and not ours.

“He’s a player who blossomed again and had a fantastic second half of the season.”

Celtic are choc-a-bloc with quality midfielders and Allan naturally has struggled to play for the Bhoys.

It is really hard to see the former Scotland Under-21 international midfielder getting games at Parkhead next season even if Brendan Rodgers allows Stuart Armstrong to leave the club.

Furthermore, if Celtic manage to sign John McGinn from Hibs, Allan will drop further down the pecking order. Put it simply, at this moment he has no future at Celtic.

Therefore, it makes sense for Allan to move to Hibs in the summer transfer window. Lennon will welcome him back with arms wide open, but but the decision rests with Celtic at the moment.