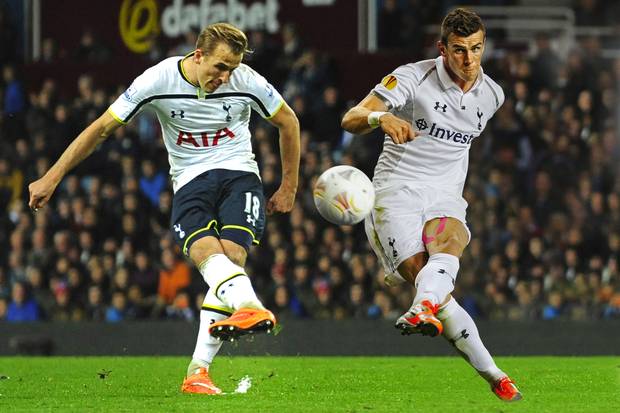 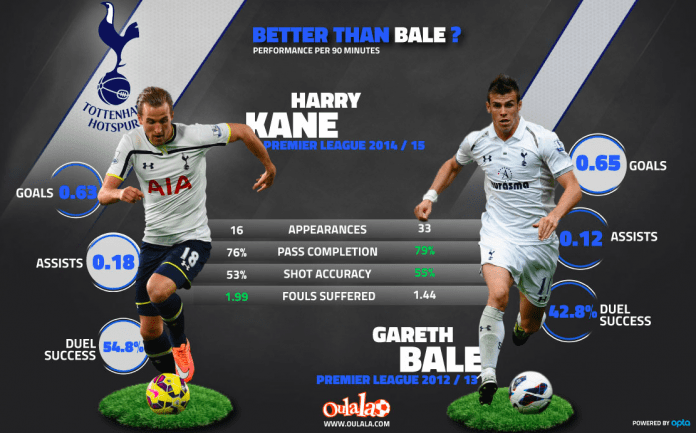 Harry Kane is enjoying a terrific season this term for Tottenham with 7 goals and 2 assists from his 16 Premier League games so far. The excellent run of form from the 21-year-old has won him rave reviews and has quickly made him a firm favourite with Tottenham fans, his name being sung regularly by the White Hart Lane faithful.

As currently one of the hottest young prospects in English football, our friends at Opta powered fantasy football game www.oulala.com decided the best way to measure just how good the youngster really is was to measure him against the last superstar to wear the Tottenham colours, Gareth Bale, in his final season at Spurs during the 2012/13 campaign in which the Welshman racked up 21 league goals from 33 games and picked up the FWA Player of the Year as well as both the PFA Young Player of the Year and PFA Players’ Player of the Year. The results are interesting!

On a per 90 minute basis Kane has been every match to Bale during his final Premier League season. Kane leads assists, duel success and has provoked more fouls. Bale will notably be remembered for his goals in the 2012/13 season yet Kane is only a fraction short for goals scored per 90 minutes. In fact, his pass completion and shot accuracy stats are also only narrowly behind. For the six important attacking criteria listed, the stats have highlighted that Kane is ahead of Bale for three and only a little short for the other three. It is also notable that Bale was two years older in 2012/13 than Kane is now.

Kane has already pushed aside Roberto Soldado and Emmanuel Adebayor as Tottenham’s first choice striker in the opening five months of the season and now it’s just a matter of time until he makes his senior England debut.

It would be no surprise that within the next two years Kane is England’s first choice forward and the European powerhouses are sniffing around. If he continues on the path he is currently following Spurs will face a big fight to keep hold of him.