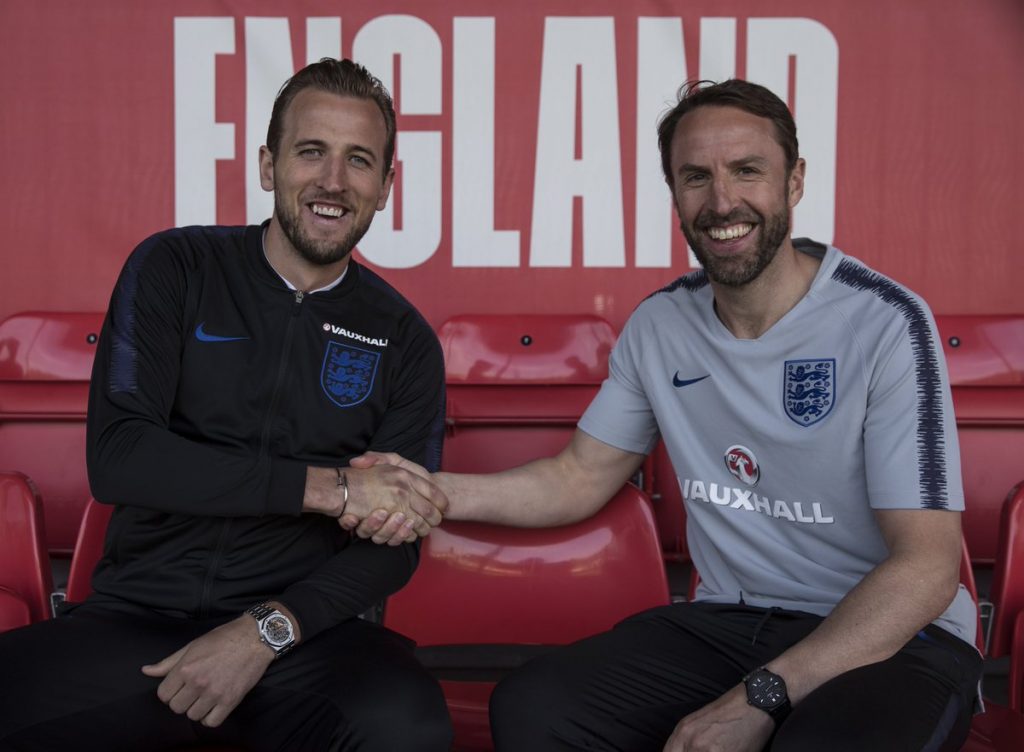 England manager Gareth Southgate has confirmed that Harry Kane will lead the Three Lions at the World Cup this summer.

The Tottenham striker is arguably the best player in England right now and it is no surprise that Southgate has picked the 24-year-old as his captain.

Southgate explained that he wants a captain who can lead by example and Kane should be able to do that. The Spurs forward has been very consistent over the last few years and his record at the international level isn’t too bad either.

Kane has scored 12 goals in 23 appearances for his country. At the club level, the 24-year-old has bagged 135 goals in his last four seasons.

Initially, the likes of Dier, Cahill or Henderson were expected to take the armband but Southgate believes that Kane’s beliefs and high standards make him the ideal choice.

Southgate said: “Harry has some outstanding personal qualities. One of the most important things for a captain is that they set the standard every day. He has belief and high standards and it is a great message for the team to have a captain who has shown that it is possible to be one of the best in the world over a consistent period of time and that has been his drive. My feeling is that over the last 18 months in the camps that he’s been with us he has shown that he has got the desire to take that into a team environment and he recognises the importance of bringing others with him.”

Kane added: “I’m so excited for the World Cup, I can’t wait to be there and experience it. To lead the lads out, it’s going to be special.”

Here is how the England fans reacted to the news of Harry Kane’s captaincy on Twitter earlier today.

Bet we win it now, come on Harry

Agreement is, all goals shall be credited to captain kane.

Good choice as he’s familiar with not winning any trophies.

A selfish player who swears his daughter life to claim his team mates goal given the armband and told to lead his country and maintain teamwork. What a shame

Lovely gesture off the FA. Must be a sweetener after they publicly mocked him