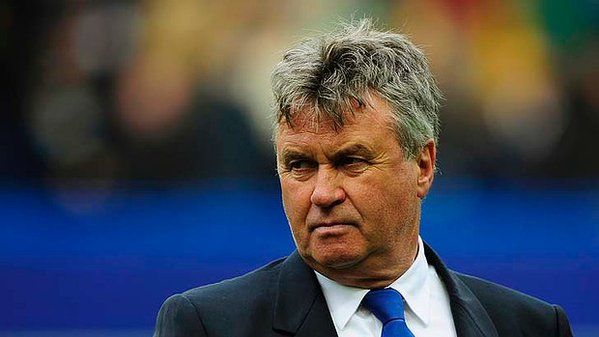 Chelsea’s Sporting director, Michel Emenalo revealed yesterday that Chelsea are not in a rush to appoint an interim manager before their next Premier League game, following the departure of Jose Mourinho, but it seems the former PSV Eindhoven manager Guus Hiddink could be the new manager to replace Mourinho at Stamford Bridge.

The Dutchman, who won FA Cup with Chelsea in 2009, is tipped to take over the Chelsea job, on an interim basis, as per reports in England and elsewhere.

Australian Football Federation dropped a bombshell by claiming Hiddink is set to become the new manager for Chelsea, while former Chelsea footballer, Mateja Kezman echoed on the similar lines.

We have a picture from Telesport Voetball, a popular Dutch newspaper, who claims to have spotted Hiddink at the Heathrow Airport, London.

Voetball are a good source and the tweet has been RT’ed by reliable journalists like BBC’s Phil McNulty and others.