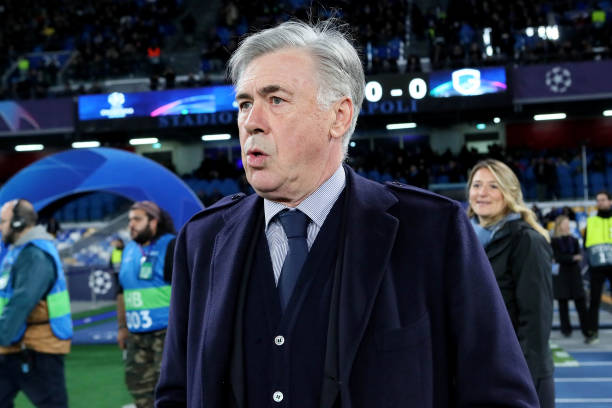 According to Sky Sports, Italian manager Carlo Ancelotti has arrived on Merseyside for talks with Everton as they search for Marco Silva’s permanent replacement.

BREAKING: Carlo Ancelotti has arrived on Merseyside for talks with Everton as they search for Marco Silva’s replacement.

Duncan Ferguson has been in interim charge since the Portuguese was sacked, helping them to a 3-1 victory against Chelsea and a 1-1 draw with Manchester United.

Big Dunc will be in charge when Leicester City visit Goodison Park on Wednesday for the League Cup quarter-finals, and it remains to be seen if a permanent manager will be in place before Arsenal’s visit on Saturday.

While Sky Sports claims Ancelotti is in town, Spanish football expert and reliable transfer source Guillem Balague has claimed that the former Napoli boss in currently in Italy:

Relaxing with his wife in the beautiful capital of Italy

The Athletic’s Adam Crafton corroborates Balague’s update, further explaining that it doesn’t mean the former Chelsea manager isn’t in running for the job.

That doesn’t mean Everton aren’t interested and plans can change. But that’s what sources close to Ancelotti are this afternoon saying 🤷🏻‍♂️

Ancelotti’s physical presence would likely speed things up, and it will be interesting to see what happens in the coming days.