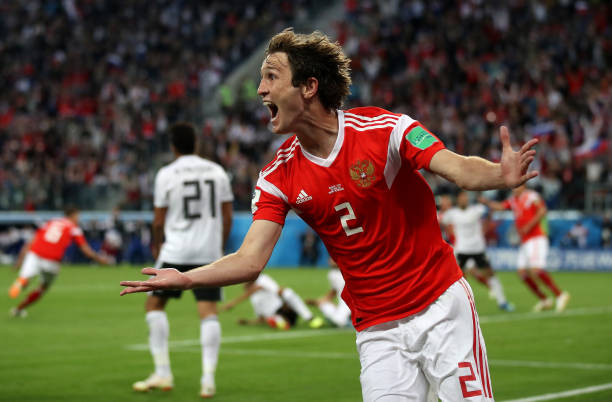 The summer transfer window in England officially opened yesterday (May 16), and top-flight clubs will be hoping to secure the best deals before the August 8 deadline day.

Manchester United are in bad need of quality recruitments this summer after a poor 2018-19 season, and Spanish football expert and transfer guru Guillem Balague has recommended a cheap but quality player for them and Manchester City.

The Spaniard believes CSKA Moscow right-back Mario Fernandes, available for £22million could be a summer bargain for the Mancunian sides.

The Brazil-born Russian international is also being monitored by Bayern Munich, Chelsea and even Barcelona, and it will be interesting to see which side snap him up.

United need a right-back after Antonio Valencia left Old Trafford following the expiration of his contract, and Fernandes could prove to be a perfect replacement.

The 28-year-old is an amazing crosser of the ball, and he ended the season with a goal and six assists in 26 Russian Premier League games.

City boss Pep Guardiola wants quality competition for Kyle Walker, according to Bleacher Report, and while Crystal Palace’s Aaron Wan-Bissaka is on their radar, the Moscow star will represent a cheaper, yet quality option, and for a side trying to comply with Financial Fair Play rules, moving for him could make more sense.