Ivory Coast are looking to secure their passage into the second round of a World Cup for the first time in the country’s history.

Greece stand in their way having picked up only one point from their opening two games, without scoring a single goal.

A win for Ivory Coast would guarantee qualification whilst a draw would be enough if Japan fail to beat Colombia by two or more goals. It would be fair to say it would be a big surprise if Didier Drogba and co don’t make it now.

Ivory Coast are favoured to go as far as the quarter-finals at least – second place in this group currently pits them against Costa Rica in the next round. Although facing either Uruguay or Italy may also be favourable based on their first two performances. 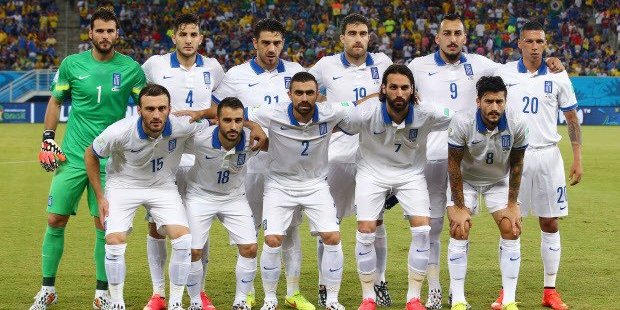 Greece will perhaps be content just to score a goal in this game given their woeful World Cup record that has seen them fail to score in 7 of their 8 previous matches.

Ivory Coast
Didier Zokora is suspended having picked up a yellow card in each of the Ivory Coast’s first two matches. He’s been playing at centre-back so Kolo Touré is expected to replace him.

Brothers Yaya and Kolo Touré sadly lost their brother to cancer only a few days ago, but both have said they will remain in South America, and are available for selection for head coach Sabri Lamouchi.

Greece
Kostas Katsouranis is suspended after being sent off in Greece’s 0-0 draw with Japan last week.

Fulham striker Konstantinos Mitroglou has shaken off doubts over his fitness and is expected to be ready for this game.

Wilfried Bony vs Kostas Manolas and Sokratis Papastathopoulos
The Ivory Coast target man needs to cause the Greeks problems. He hasn’t had many attempts on goal in his opening match but did score a header versus Japan. Greece had a very tight defence in qualifying and despite needing a win, don’t be surprised if they sit back for the majority of this game in a similar situation four years ago.

Serge Aurier vs José Holebas
Two full-backs that love to attack are matched up against each other. José Holebas hasn’t had the best of World Cups in both an attacking and defensive stances. Serge Aurier assisted both of the Ivory Coast’s goals against Japan down the right wing and can be expected to put in a few balls from that side against Greece too.

Yaya Touré vs Giannis Maniatis
Yaya Touré hasn’t had that hold in either match that he does in Premier League games so often for Manchester City. He comes up against one of Greece’s few bright notes from their 2014 campaign. Olympiacos’ Giannis Maniatis has been winning the ball back for his side more often than any other of his teammates in the first two games. He’ll need to be at his best on Monday to keep Yaya Touré quiet.

A tight match, with Greece parking the bus early on, but the Ivory Coast should have enough in their locker to see them across the finish line.