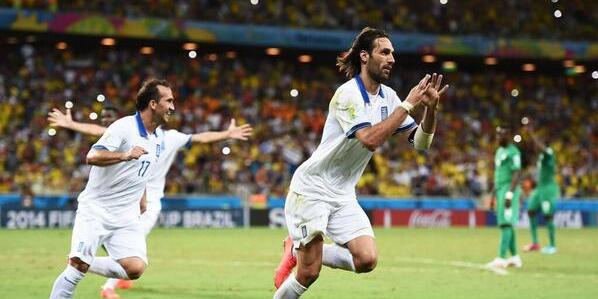 A stunning late penalty from former Celtic striker Georgios Samaras gave Greece a 2-1 win over the Ivory Coast in Fortaleza, with the European side sneaking through to the last 16, finishing second above their beaten opponents in Group C.

Samaras, who is currently a free agent, was the epitome of calm when taking his crucial, 92nd minute penalty, placing the ball firmly to the left of the despairing dive of Boubacar Barry to send his side into a last 16.

It was a cruel blow for the Ivory Coast, with Sabri Lamouchi’s side heading through with the draw thanks to a second half equaliser from Swansea striker Wilfried Bony. 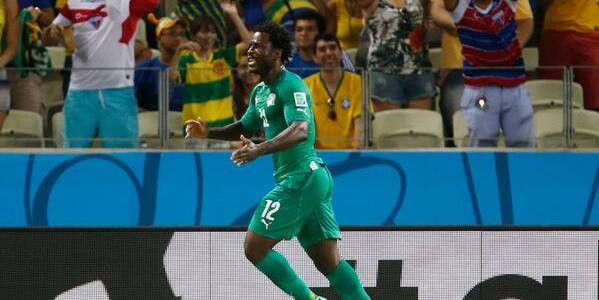 The 25-year-old Olympiakos midfielder opened the scoring after a mistake from Newcastle anchorman Cheick Tioté, with the unfancied Europeans getting their noses in front in a match they had to win to stand any chance of progressing from Group C.

Fernando Santos’ side needed Colombia to beat Japan in the other match in the group, and in turn topple their African opponents; no small feat, with the likes of Yaya Toure and Didier Drogba starting for the Elephants.

But they arguably deserved the win, working their socks off throughout the 90, with veteran captain Giorgos Karagounis striking the bar from range in the second half, and the impressive Jose Holebas rampaging down the left flank.

The Ivory Coast seemed to have done enough however, but with the clock ticking down to the end of stoppage time, Samaras was tripped in the box by substitute Giovanni Sio, with the 29-year-old finishing with aplomb to lift the roof of the Estádio Castelão, and send his side through at the Africans’ expense. 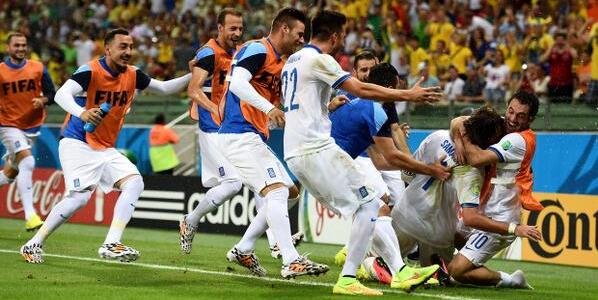