10 of the best Dutch footballers in recent years 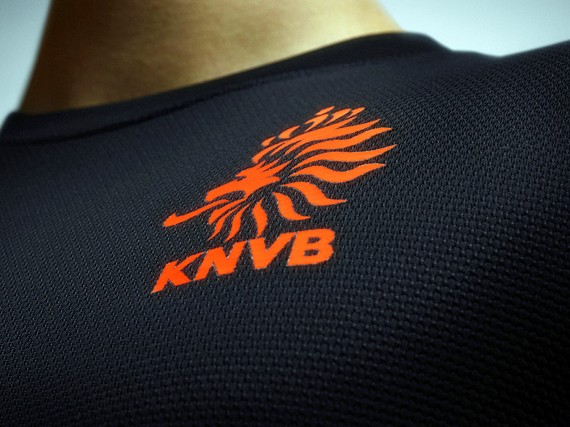 The Netherlands international team go into this summer’s Euro 2012 tournament as one of the favourites and frontrunners, with quality throughout Bert van Marwijk’s side.

However, unfortunately the Eredivisie has lost its ability to keep the best homegrown players in the country and Ajax’s UEFA Champions League glory of 1995 seems like an eternity ago.

For the national team’s last game, a friendly against Germany, only seven of the 21-man squad ply their club trade in the Dutch homeland, and this was without a number of big-name exports who were rested.

Holland certainly has produced a raft of great players over the last ten years that have graced other European leagues, with the ten best as follows:

Rafael van der Vaart left Ajax in 2005 to join Real Madrid, before moving on to Hamburg; he now plays in England for Tottenham. The playmaker has amassed 93 international caps despite only being 28, and is a key player in Harry Redknapp’s revitalised Spurs team.

Netherlands is known for its attacking players who play total football, but Jaap Stam epitomises a fantastic defensive combatant from the nation. A rock of a central defender, Stam left PSV in the late 1990’s and enjoyed playing at the highest level for Manchester United, Lazio and AC Milan. Famed for his no-nonsense approach, Stam won 67 caps for his nation before retiring in 2007.

The skilful winger left PSV in 2004 and has since been an important player for Chelsea, Real Madrid and Bayern Munich, as well as the national side. Robben is one of the best dribblers in recent memory, with his trickery, pace and eye for goal an asset for every team he has represented. Robben has won top flight titles in Holland, England, Spain and Germany, but is yet to win the Champions League.

A product of the Feyenoord academy, Van Persie left Netherlands in 2004 to join Arsenal, and he is currently their captain and talisman. The in-form striker is currently the Premier League’s top goalscorer this term, the winner of the PFA Player of the Year award and undoubtedly one of the most dangerous and prolific attackers in the European game.

One of the most iconic footballers of his generation, Davids’ will to win and determination set a precedent for the rest of Europe in the 2000’s. Played at the highest level for AC Milan, Juventus, Barcelona and Inter Milan, before stepping out for Tottenham and Crystal Palace in the latter days of his career.

Ten years playing for Manchester United and Real Madrid show Van Nistelrooy’s undoubted quality, with a goal record to envy. The Dutch marksman has also played for Hamburg and Malaga since leaving his homeland, and still continues to be a goal threat in La Liga despite being 35-years-old.

35 international goals and three top flight titles ensure that Van Nistlerooy will be remembered as one of the country’s top centre forwards.

Former PSV midfielder Mark van Bommel has played at the very highest level since leaving Holland in 2005, having worn the colours of Barcelona, Bayern Munich and AC Milan. The current Holland captain has one last international tournament in him this summer, and will look to add to his medal collection of four Eredivisie titles, one La Liga title, one Serie A title, two Bundesliga titles and a Champions League victory.

The now-retired goalkeeper plied his trade in Italy for Juventus, before representing Fulham and Manchester United in England. Four Premier League titles and a Champions League medal are just reward for the 41-year-old, who hung up his boots last summer. Sir Alex Ferguson is yet to fully replace Van der Sar, who himself stepped into the massive shoes of Peter Schmeichel at Old Trafford, and excelled.

Arguably one of the best playmakers in the modern game, Sneijder left Ajax in 2007 after five years with the senior side to join Real Madrid. After two seasons the attacking midfielder departed the Santiago Bernabeu to join Inter, and was the subject of a protracted transfer saga over a potential move to Manchester United last summer.

League titles in Italy and Spain have been backed up by Champions League success; Sneijder is truly one of Holland’s best recent exports.

One of Holland’s greatest ever players, Clarence Seedorf is still an integral player for Italian champions AC Milan at 35-years-old. The veteran midfielder has an unbelievable trophy haul at club level, with Champions League titles with Ajax, Real Madrid and twice with AC Milan. 87 international caps and over a decade of playing at the highest level, Clarence Seedorf is Netherlands top export.