Premier League leaders Chelsea were beaten for the first time in the league, as Newcastle United earned a heroic 2-1 victory over the Blues. Check all the goals and highlights from the match.

GOAL!!! Newcastle take the lead! Papiss Cisse who came on as a sub, scored after poor defending from Chelsea defenders.

GOAL!!! 2-0; That man Cisse again – 7 goals in 9 games this season. Brilliant counterattacking football from the Magpies.

First Half Brazilian Oscar came close to open the scoring for the Blues, but his over-head kick just missed the target. Never-the-less a brilliant effort.

Fabregas, who has taken more touches than any player in the league. has been brilliant in the first half. Take a look at his overall touches in the half. 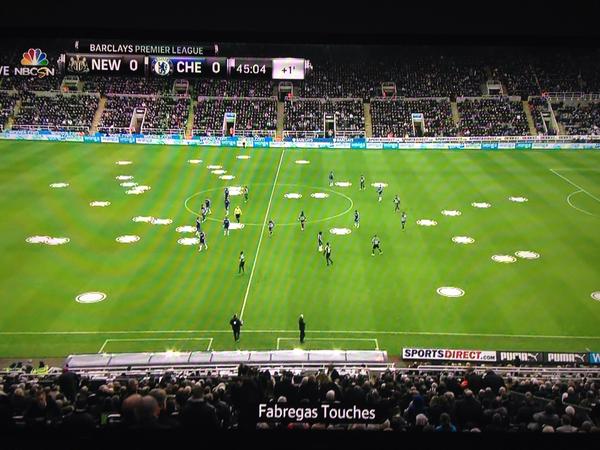 The Spaniard had 58 touches, 10 more than any other player on the pitch in the first half. Stats courtesy Whoscored.

Cesc Fàbregas: Had at least 10 more touches (58) than any other player on the pitch in the first half of #NUFCvCFC pic.twitter.com/V1CbzCHFlm — WhoScored.com (@WhoScored) December 6, 2014

Big half ahead for @NUFC. They’ve been forced into a change of keeper as Jak Alnwick replaces Rob Elliot. #NEWCHE pic.twitter.com/Nch6J6puWx — BT Sport Football (@btsportfootball) December 6, 2014