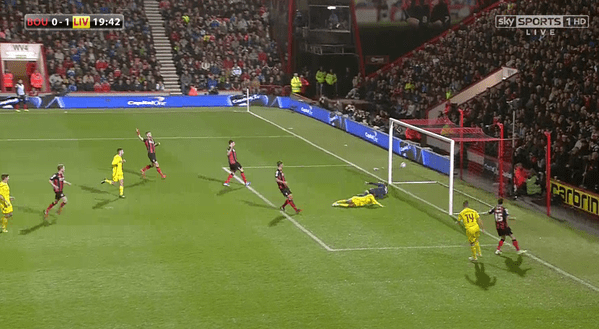 Liverpool took the early lead through Raheem Sterling. Markovic floated a brilliant cross from the left to Henderson who headed in the path of his England team-mate, Sterling finished it off in style. It has his first goal in three months.

Coutinho from the left found himself in the box but his low drive was saved by the goalie, Lazar Markovic was there to pounce on it. The Serbian scored his first goal for the club.

And that’s game over. Raheem Sterling scored his second of the night. He picked up a wonderful pass from Lallana, and slotted home, twisting left & right with great aplomb.

Bournemouth pulled one back. Dan Gosling picked up a pass from the edge of the box and after getting past two Liverpool players, finds the net. Brad Jones should have done better.

Liverpool progress to the semi-finals of the League Cup. They will face Chelsea in the next round. Tottenham, the other Premier League side will play against Sheffield United.