With professional goalkeepers complaining about the new EURO 2008 ball, I feel like, as a member of the greatest union in football, I need to shed some light on this subject. Besides, Steve wanted my opinion. 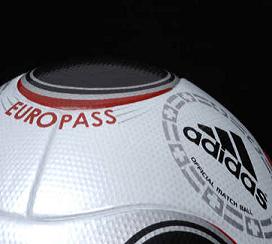 Firstly, yes, technology is making our job much harder in recent times. Beginning as early as the adidas Predator boots, through this latest innovation of the EUROPASS ball, equipment manufacturers have been trying to make the game more exciting by making it easier to score goals.

However, ever since football was invented, technology has been improving. Adi Dassler began the trend with his removable studded boot. And many people on the site can remember the old balls, affectionately called Mitre Rocks, which hurt to kick, head, and sometimes look at.

With the improvement of technology, players have become more skilled. New equipment, along with new training methods, fitness regimes, and diets has made the modern footballer a formidable athlete. Besides, goalkeeper gloves have also become more advanced, with the Sells Exosphere and Nike Total 90 Confidence, so saving shots has also become marginally easier. 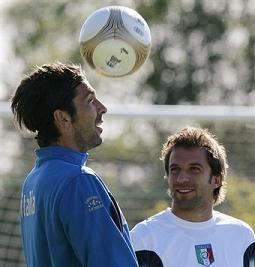 I have not played with the new EUROPASS ball, although I have bought several replicas for use in training. The newer balls, adidas Teamgeist, EUROPASS, and Nike Aerow, have a way of making good shots into great shots and mediocre shots into decent attempts. Along with affecting shots, long balls travel further, and as a goalkeeper, that means goal kicks and kicks from the hands also fly farther.

Another controversial subject in the football world recently, along with the new 6+5 rule proposal, is the implementation of goal-line technology. As with the development of the balls and boots, this is both beneficial and detrimental to a goalkeeper, depending on the situation. You know the scenarios. The ball crosses the line but the goalkeeper quickly pulls it back from behind the line to make it look like it did not. Or, the ball doesn’t cross the line but the referee calls it a goal.

So in conclusion, the technology will keep improving. As goalkeepers, especially those lucky enough to be paid to do play, it is our responsibility to improve with the technology. In terms of the balls, the extra movement encourages the correct technique of not diving until it is absolutely necessary.

Goalkeepers like Jens Lehmann should stop complaining and just get on with it, like Gianluigi Buffon has: “Maybe we just have to get used to it. But it won’t matter, I’ll get the ball anyway.”

That’s the attitude a professional goalkeeper should have.