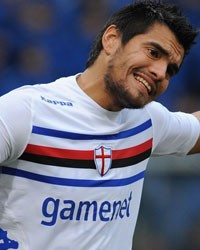 Liverpool are in the market for Argentine goalkeeper Sergio Romero, according to Italian website Gianluca Di Marzio. Current club Sampdoria are ready to sell the 27 year-old and Liverpool are said to be interested in bringing him to Anfield as a replacement to the recently departed Pepe Reina.

Romero put in an impressive showing for Argentina at the recent World Cup in Brazil, conceding just 4 goals in the entire tournament as his side finished runners-up to Germany.

Romero was second-choice at Sampdoria and was loaned out to Monaco last season. He failed to make too much of an impression in France either, playing second-fiddle to Danijel Subasic and making only nine appearances throughout the season. The French side had the option of making the deal permanent for €5 million, but declined the offer. Sampdoria have now decided to offload him.

Liverpool recently sold Pepe Reina to Bayern Munich after the Spaniard lost his starting place to Simone Mignolet last season. Manager Brendan Rodgers though, is looking to add depth to the squad with Liverpool also playing in the Champions League this season, for the first time since 2009.

Following such a successful World Cup though, Romero may not be willing to accept another second-choice role, after sitting on the bench for the past two seasons at his respective clubs.