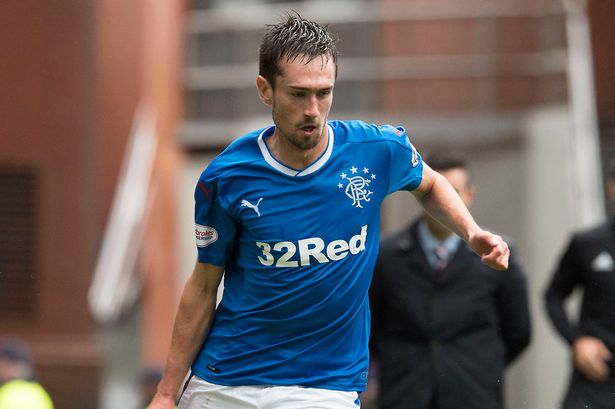 Ryan Hardie is looking to make full use of his loan spell away from Ibrox but the Glasgow Rangers striker doesn’t rule out the possibility of him leaving the club.

The 20-year-old is regarded as one of Rangers’ brightest prospects, and it is likely that he would make the senior grade at the Ibrox club.

He has been loaned to Livingston, and he has duly impressed. Hardie has admitted to the Glasgow Times that he is looking to make the best use of his loan spell in order to put himself in the transfer window if he fails to make the cut at Rangers after returning from loan.

Hardie has scored five goals in his last seven appearances, but doubts remain over his long-term future at the Gers as his contract is due to run out in the summer.

He admits that he would like to prove himself to get another contract at Rangers, but at the same time he is open to other options as well.

“I’m still looking to improve but I’m concentrating more on my game, which is getting in behind and scoring goals,” said Hardie, as quoted by the Evening Times.

“This is the last few months of my deal so hopefully coming here I can either prove myself to get another contract at Rangers or it opens other options, so I just need to see what happens.

“There’s things going on behind the scenes but I just concentrate on doing what I’m doing at the minute.”

Graeme Murty has shown willingness to work with young talents and therefore he might be given a contract extension.

Rangers are second in the Scottish Premiership, but are nine points behind Celtic, having played a game more.