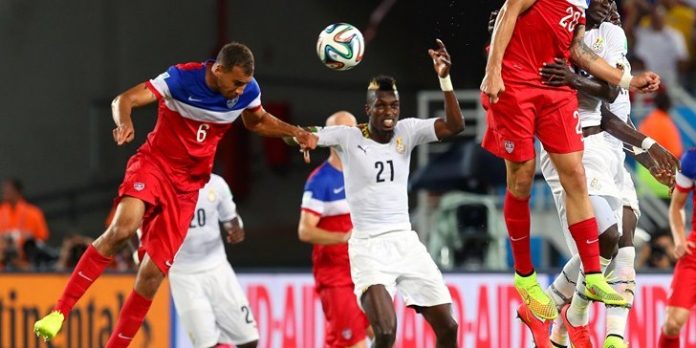 USA exploded into this vengeance game, against the team that ended their 2010 World Cup journey, with the fifth fastest goal in World Cup history. Ghana piled on the pressure and even leveled it late, but a buoyant USA side fought the good fight and drove their way back to victory. 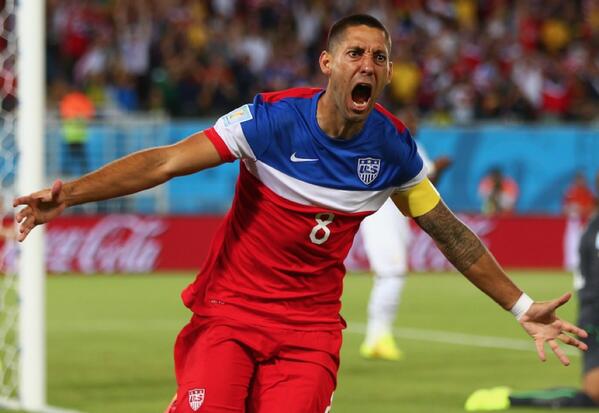 It took just 32 seconds for the USA to open their World Cup account, Clint Dempsey skipping his way into the box from a neat Jermaine Jones lay-up, and striking across the face of the keeper, into the far lower corner of the goal.

Altidore out for the tournament?

Twenty minutes in, Jozy Altidore broke down the wing but suddenly pulled up with a hand on his hamstring. The pain was clear on his face and, with the nature of hamstring injuries, there is a very good possibility he will play no further part in the competition. Look out for updates here on Soccerlens, but it doesn’t look good for the 24-year-old who just last week found his way back onto the score sheet after a long dry-spell.

Despite the breathtaking start, the first half was mostly controlled by Ghana but Tim Howard put in a spectacular performance to keep his sheet clean.

The half-time break saw USA take off another hamstring casualty, Matt Besley, but his injury does not appear to be so severe.

Ghana came back out with increased vigor, throwing everything at America. AC Milan’s Sulley Muntari, captain Asamoah Gyan and Schalke 04 midfielder Kevin-Prince Boateng all hitting Howard with a ferocity that required a stopper of his calibre to keep at bay. 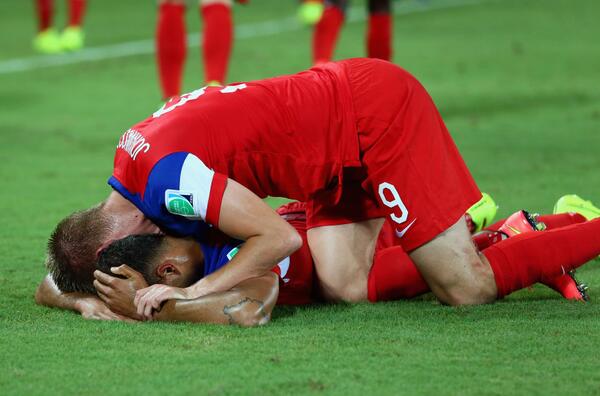 The Africans finally found a way through on the 82nd minute, Andre Ayew of French side Marseille, scoring a similar goal to Dempsey’s opener. The lead only lasted five minutes though, perhaps unjustly to Ghana on their performance, USA hitting back with a set-piece. Substitute John Brooks heading home the first ever World Cup finals goal for America from the bench.

The hill is conquered, now to climb the mountains

Next up the USA face a battered and bruised Portugal that could go either way; will we see a deflated and demoralized side or will they bounce back stronger from the beating they received at the hands of the Germans?

Then Klinsmann faces his home nation, where they can probably just hope for the Germans to play at a slightly lower intensity, having already secured qualification, and hope to nick a draw.

Can Klinsmann’s boys carry this momentum into the games against Germany and Portugal?