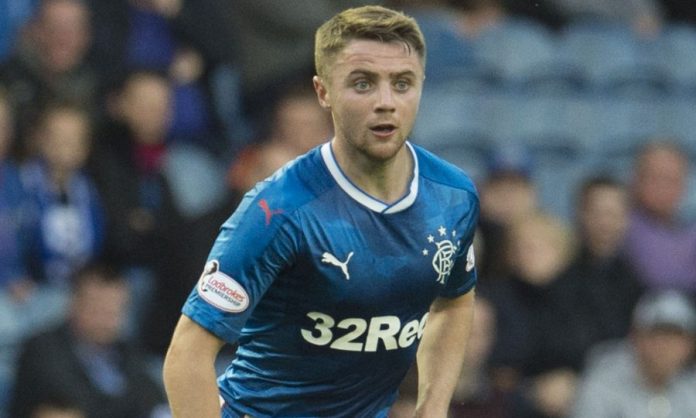 Rangers manager Steven Gerrard has set Jordan Rossiter a “challenge” before he will consider selecting him for the first-team. He wants the midfielder to be in full training “week-to-week” and having his body conditioned so he can sustain more than one match a week for Rangers.

Rossiter joined the club from Liverpool in 2016 and has gone on to make 14 appearances in all competitions. He was left on the bench in Rangers 7-1 win over Motherwell on Sunday and has only made three appearances under Gerrard this season.

The 21-year-old has struggled with injuries ever since his switch from Anfield – spending 2016/17 sidelined with a calf injury that reared its head again the following season. Rossiter managed only six appearances in his debut season at Ibrox and five in 2017/18. In both campaigns, he played the first handful of games before suffering the season-ended injury.

Rossiter is now on the recovery trail, however, and will be hoping he can remain fit for the remainder of the campaign. Gerrard has stated that if the midfielder can be consistent in going to full training every day and each work, he’ll soon find himself in the starting eleven.

The Rangers manager said to the Daily Mail: “Week to week, getting full training in, getting his body conditioned, that’s his first challenge. Then I’ve no doubts he will show everybody what he’s capable of. I think he can do a bit of everything very well. He’s very fit, in terms of endurance, so he hits big numbers and covers a lot of grass.”