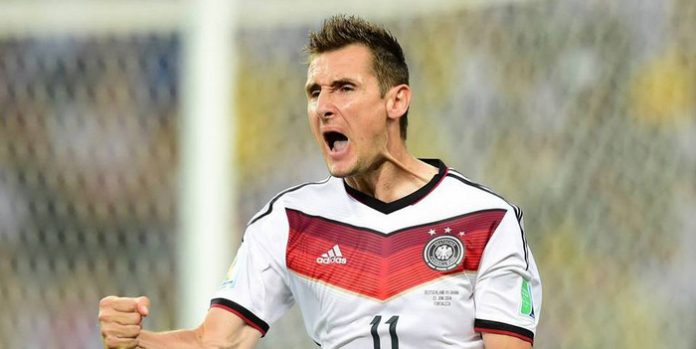 Germany striker Miroslav Klose scored a crucial equaliser to give his side a hard fought draw against Ghana on Saturday, with the 36-year-old becoming the joint record goalscorer in World Cup history. 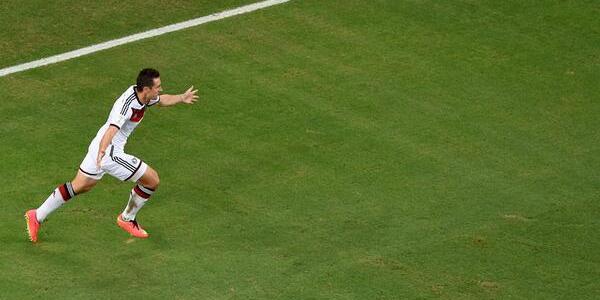 With his 71st minute goal, his first touch after coming on as a late substitute, Klose equaled Brazilian legend Ronaldo’s World Cup record of 15 goals in the competition, but the Lazio hitman could not force in a winner for the Germans, who had been stunned by a second half Ghana comeback.

After a goalless first 45, Bayern Munich midfielder Mario Gotze opened the scoring for Germany on the 51st minute, before Andre Ayew dragged his side level with a well-directed header only three minutes later.

It was indeed a superb second period, with both sides going at each-other with real ferocity. Ghana were not overawed by the occasion, and went for their more illustrious opponents wholeheartedly, taking the lead in the 63rd minute through captain Asamoah Gyan, who buried Sulley Muntari’s excellent through ball past the despairing Manuel Neuer. 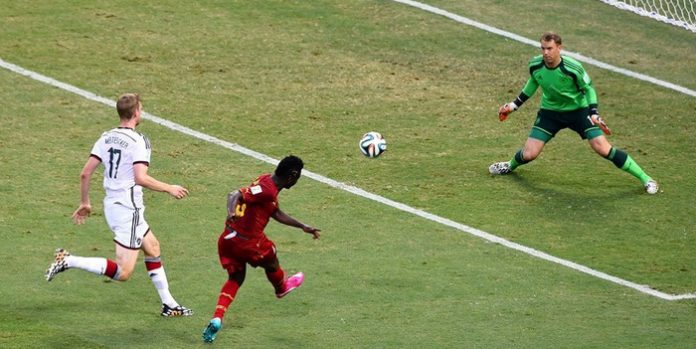 A shock was on the cards, prompting manager Joachim Löw to throw on experienced duo Bastian Schweinsteiger and Miroslav Klose, with the latter getting the equalising goal just a minute after taking to the field, stretching to divert Benedikt Howedes’s goal-bound header.

Despite drawing level with former Brazil striker Ronaldo, Klose’s celebrations were brief (although there was time enough for a quick forward flip), with the Germans eager to get the winner in the dying moments. 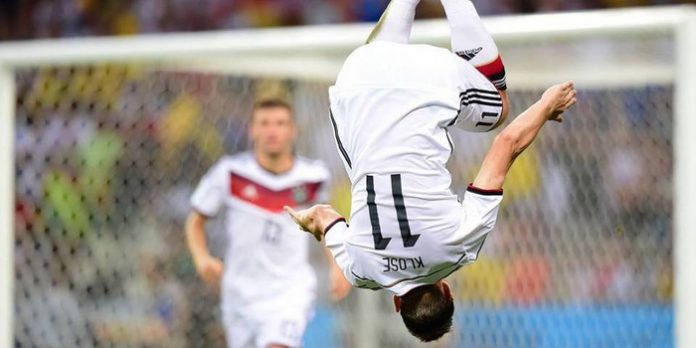 Indeed both sides had their chances, with Christian Atsu and Gyan both going close for Ghana, and last week’s hattrick hero Thomas Muller being denied by a brave block by Jonathan Mensah at the death.

The aforementioned Muller was left covered in blood at the full-time whistle, summing up this full blooded affair, where a draw was arguably the fairest result.