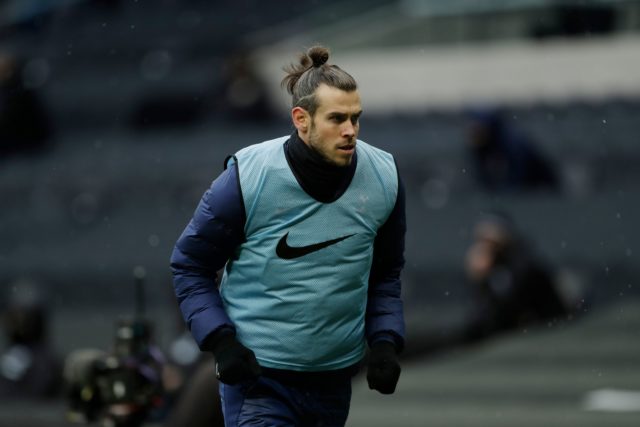 Gary Neville has suggested on Monday Night Football on Sky Sports that Tottenham Hotspur duo – Gareth Bale and Dele Alli – should be doing a lot more.

Spurs have lost four of their last five Premier League games, and Jose Mourinho is under pressure. They have slipped to ninth in the league table, and many pundits have criticised Mourinho for his conservative tactics.

Jamie O’Hara on talkSPORT claimed that Mourinho is struggling to get the best out of his players, suggesting that players like Bale and Alli have not been properly used.

However, Neville feels that both Bale and Alli should be a lot more. The Sky Sports pundit isn’t pleased with Bale’s attitude, saying the Welshman has “wound me up all season watching him smile on the bench”.

Likewise, Alli has struggled this season for regular games. He has barely featured in the Premier League and was heavily linked with a move away to Paris Saint-German in the January transfer window.

🗣 "Gareth Bale's wound me up all season watching him smile on the bench, Dele Alli should be doing a lot more, there's a reason why his career is doing what it's doing, it's not just Jose Mourinho." @GNev2 on the Gareth Bale & Dele Alli situation at Tottenham pic.twitter.com/EePJzkMuTl

Alli’s situation is a curious one. The 24-year-old is a mercurial talent but he has not been able to deliver in the past two seasons.

It’s very hard to say what’s the real situation with Alli is. Mourinho watches him in training on a daily basis, and probably he doesn’t feel Alli is doing enough to be getting regular games.

Bale joined Spurs in the summer from Real Madrid on loan. The Welshman has cut a frustrating figure thus far but impressed in a cameo role against Manchester City at Etihad last week.

The Times journalist Matt Lawton has claimed that the reason why Bale is being ignored is due to his fitness issues.